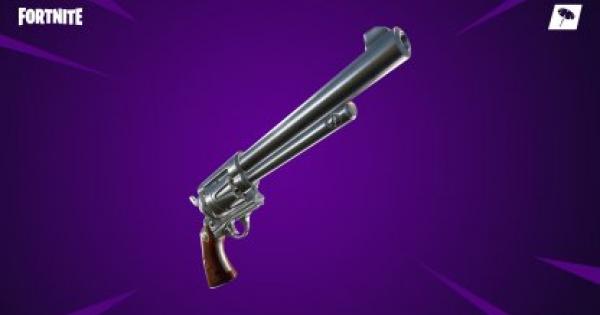 Best used in close to mid range due to the 'fan the hammer' unique hip-fire mechanic.

Thanks to its unique rapid fire capability while firing from the hip, this revolver can whip out extremely high amounts of damage in close to medium range.

Though this gun has some kicks, the Six Shooter has relatively mangeable bullet spread and can also be used for mid-range combat by aiming down sights.

Due to its nature, the gun can only load up to 6 shots per clip. Make sure you don't spam your shots and choose when to fan the hammer wisely!

Fire from Hip in Close Range

The Six Shooter shows its true potential in close quarter combat; simply fire the gun from the hip where your character fans the hammer in rapid succession, dealing extremely high burst damage.

Beware of the Small Clip Size

As the name suggests, the Six Shooter can only load up to 6 shots per clip. Though the reload speed is relatively quick, reload during combat may catch you in an disadvantage in a fire fight. Remember to always keep your clip full when out of harm's way!