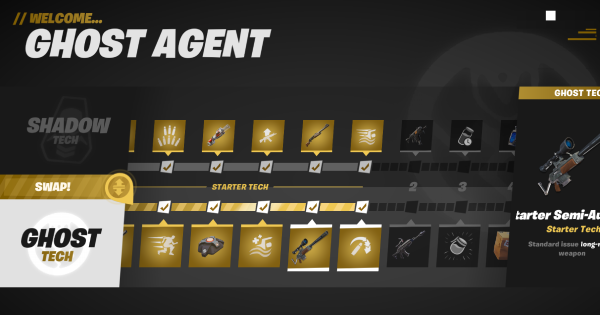 The Spy Games Operations (Operation: Dropzone) and its challenges were released on March 17, 2020.

What is the Operation Dropszone (Spy Games)?

Spy Games and Operation matches are a unique event-like LTM that will have players fighting against enemy factions to get intel and tech! It can be checked out from the Battle Pass tab.

You'll need to choose between the two factions when playing Operation matches. You can easily switch between them. This is not a permanent choice.

Play Operation matches to get intel and unlock new weapons and items to use. This is a tier system. The more you play, the more items and weapons you can unlock for use.

Certain tiers will provide you with special abilities, including being able to do double jumps or run faster while holding a pickaxe. Both factions have different sets of abilities. Keep in mind that these abilities can only be used in Operation matches.

Teams of 15 Players Battle It Out

There will be 15 players for each faction that will battle it out during a match of Operation. Players can still squad up with their friends when playing this game mode.

Teams Fight in a Small Circle

The game here is pretty fast paced since teams are placed in a small circle at the start of the match. The storm will do a lot of damage if you venture out of it.

Winning an Operation match is similar to that of Team Rumble. Once a team reaches the elimination goal, the game will end and the winner will be the team that reached it first. Since there is respawn, there will be a constant stream of players.

Select Tech with Every Respawn

What makes this game mode unique is that virtually there is no looting. You get to choose a weapon and an ability every time you respawn. Do note that whatever combos you get are entirely random!

Collect Intel to Get Points

Every once in a while, an Intel Case will drop down. Secure the Intel Case and you'll receive bonus points to your elimination goal and your tier ranking!

Spawning Outside of Storm

Not quite sure if this is a bug or if it's intended, but there's a chance for you to spawn far outside of the circle. This is really bad since it takes off your health and enemies could pick you off with your little health left.