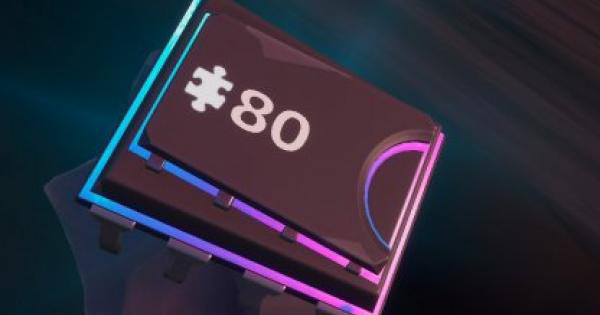 Find out how to complete Fortnite Battle Royale Season 9 Fortbyte #80 "Accessible By Using The Bunker Basher Pickaxe To Smash The Rock At The Highest Point Of The Volcano Rim" challenge released on June 02, 2019 with this guide! This includes condition, where to find the Fortbyte location, and more!!

The Bunker Basher Pickaxe is the reward for reaching Tier 38 of the Battle Pass. Without it, you won't be able to complete the conditions for the challenge.

Fortbyte # 80 - The Highest Point Of The Volcano Rim Location

The Pressure Plant is located in the Northeastern part of the map. It is between the Lazy Lagoon and Sunny Steps areas.

The Fortbyte is located on the side of the crater facing the Sunny Steps area. Make sure that Sunny Steps can be seen while climbing up the crater.

The Fortbyte will be overlooking the Pressure Plant from the crater. Smash the rock to get the Fortbyte #80.

A new Fortbyte Challenge is released every day throughout Season 9! Uncover the secrets of the island by collecting them all and solving the puzzle behind the Fortbytes.