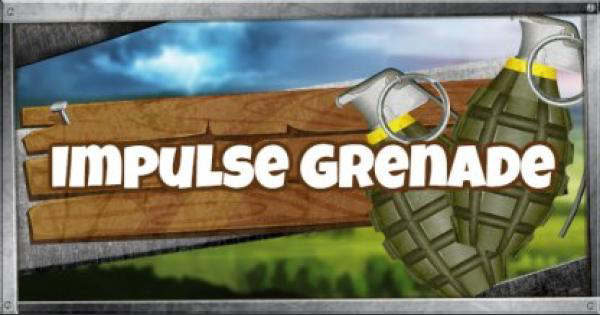 Impulse Grenades affects both allies and enemies as long as they are in the area of effect. It's possible to place allies in dangerous situations by recklessly throwing Impulse Grenades.

The launch effect works on all players within the immediate vicinity of the explosion.

Impulse grenades are not overtly offensive grenades since they do not deal damage. There's also no danger of damaging allies when it's accidentally used.

The knock-back effect of the Impulse Grenade is unique in that it launches players several stories into the air. Depending on how high the affected players are, it's possible for them to receive fall damage upon landing.

Knock enemies out of their fort

Throw an Impulse Grenade into an enemy fort and take them down as they fly out. If the fort is high enough off the ground, it may even result in elimination via a fall.

Give yourself an extra boost

Whether you're running after or running away from enemies, you can use the Impulse Grenade to propel yourself further.