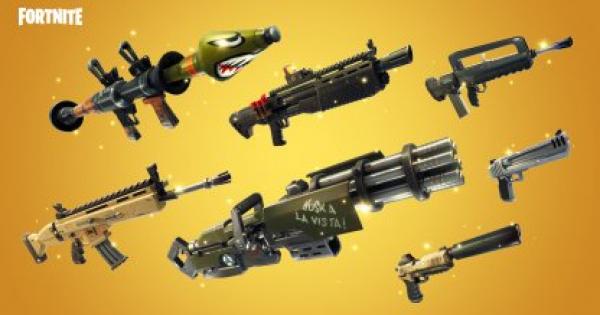 Check out this guide to complete the "Damage Opponents With Different Weapons" Challenge for the 14 Days of Fortnite event! Included here are tips & the types of available weapons!

Check Out the 14 Days of Fortnite Event Here

Check Out the 14 Days of Fortnite Event Here

Pack your inventory with weapons! Keep a variety of weapons with you and make sure they're ready to use to complete this challenge!

Players were initially unable to receive the Take The Elf emote after completing the Day 8 Challenge. This has been resolved and the Emote is now awarded normally after completion.

Take The Elf Emote Not Awarded At Completion

Epic Games acknowledged that there is an issue with awarding of the Take The Elf Emote and that it will be awarded by early 2019. The delay in awarding caused some players to complain about it.

We have identified an issue with the Take the Elf emote not being granted to players after completing the Day 8 challenge. We will grant this reward to all players that earned it early next year.

Thanks to the efforts of the Epic Games team, a patch was applied that included a fix for awarding the Take The Elf Emote from Day 8 of the 14 Days of Fortnite Challenge.

We've deployed a fix addressing the issues encountered earlier today. Login and Game Services have been restored and the elf is back on the shelf. Players that have earned the Take The Elf Emote will now receive it as a gift or immediately after completion.

How to Complete the Damage Opponents With Different Weapons Challenge

Keep Track of Which Weapon You Used

In order to finish this challenge in the fastest method possible, be sure to track which weapon you have used to damage your foes!

Bring A Variety Of Weapons And Ammo

Pick up different type of weapons and make sure that they're loaded and ready for use before looking for targets.

Once you've dealt enough damage with your current weapon, quickly switch to the next weapon type to advance your challenge completion!

There are 8 types of weapons that are available in Fortnite which can be used to complete this challenge.

Assault Rifles are effective across all ranges but are best used at mid-range. They are also beginner friendly and easy to use.

SMGs are most effective at close range and effective at shredding opponents. Make sure to keep it fully loaded before engaging enemies!

Shotguns are suited for close-range encounters. Try jumping up and shooting down to connect headshots by taking advantage of the bullet spread!

Handguns are another weapon type suited for close range combat. Use this as a secondary weapon after getting close to an opponent to finish them off.

Use Sniper Rifles to engage enemies while they are still far away. Make sure to have another weapon ready when they close in for engagement.

The damage that can be dealt by Miniguns is limited only by the amount of bullets that you have. It does have a wind-up time before shooting so make sure that you have cover before you start firing.

Check Out The Minigun Here

Launchers are another long-range weapon that can deal a high amount of damage. Ammo for these types is limited to make sure to carry a back-up weapon in case you run out.