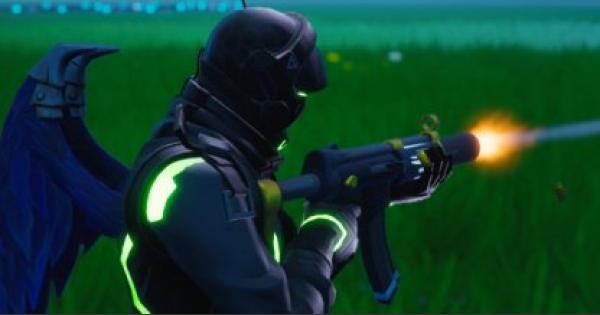 The Heavy Assault Rifle packs a punch in a single shot but lacks the versatility of the Legendary Assault Rifle. It's a weapon that works best in team battles where mid-range shootouts are more likely to happen.

The Heavy Assault Rifle shines best when used in the mid range. It can also be used to take down enemies at close and long range, but will be less effective when compared to its performance during mid range shootouts.

The Heavy Assault Rifle can dish out tons of damage and will be a formidable weapon when used against other players.

Performs Best When Shot In Bursts

This weapon will perform better for you when shot in bursts. Don't spray all your bullets at the enemy, take your time and slowly chip away at their shields and health!

Use In Combination With Another Weapon

Firing in bursts may leave you without enough bullets to finish off opponents. Always have another weapon you can swap to so you can finish enemies after softening them up with the Heay AR.

Check How Recoil Affects Your Aim

Recoil for the Heavy AR may be stronger than for other Assault Rifles. Try firing a few shots to see where they land so you can adjust your aim accordingly.