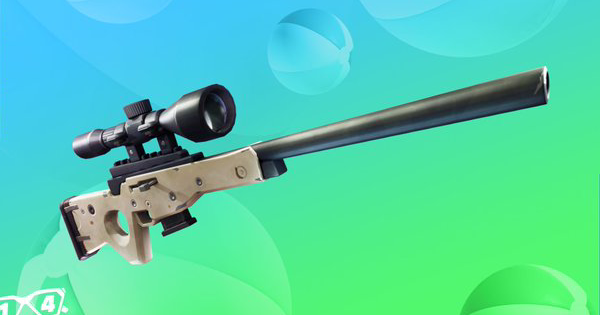 With its high damage per shot, and long range capabilities, the Bolt-Action Sniper Rifle is a deadly weapon in both solos and teams. However, its steep learning curve can turn this powerful weapon into a heavy burden.

The Bolt-Action Sniper Rifle is most effective when being used to pick off enemies from long range. It starts to lose its deadliness when facing an enemy from mid to close range because of its low fire rate, and its scoped zoom-in.

Being able to hit a headshot gives you a 2.5x Damage multiplier. This is more than enough to eliminate an enemy with a single bullet!

The Bolt-Action Sniper Rifle needs to be cocked after every shot. Be patient when aiming so you don't waste precious bullets and time!

Projectile weapons such as the Bolt-Action Sniper Rifle take into account the travel time of the bullet before it hits its target. Practice picking off stationary enemies before moving on to mobile targets.

Other than travel time, another characteristic of Sniper Rifles would be the bullet drop. When aiming at enemies further away, use the markers on the lower part of your scope to measure and compensate for the bullet drop.

By practicing on stationary targets first, you will be able to get a feel for the Rifle's travel time, and bullet drop characteristics.

Being able to shoot from long range gives you the advantage of picking off unsuspecting targets. Aim carefully, and be patient! A missed shot can also alert the enemy of your presence.

Aim your shots to where you predict a mobile enemy will be when the bullet reaches its destination.