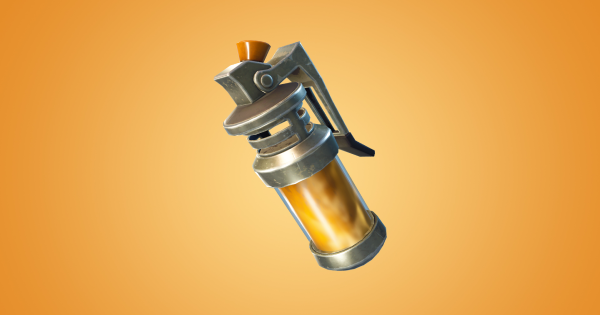 Stink Bombs work best in Duos and Squads. It works to flush out enemy players from their hiding places and having teammates ensures that more escape routes are covered.

The smoke of the Stink Bomb deploys in an inverted bowl shape and permeates walls and floors. The effective range is about a 4 build cubes on the same level and still affected a portion of the floor above.

Stink Bombs deal 5 damage every 0.5 seconds for 9 seconds for a total of 90 damage if a player gets trapped in it for the entire duration. You can also take damage if caught in the cloud but not Squad members.

Damage is directly dealt to a player's HP, similar to fall damage. Shields cannot help against the effect of Stink Bombs.

Since the Stink Bomb releases gas, it is able to permeate structures regardless of whether or not the structures have openings.

Use to flush out enemies

Particularly useful when enemies are in enclosed spaces such as houses and forts. Stink Bomb clouds in closed spaces cause players caught in it to panic so be sure you're ready for a fight before you throw it.

If you see enemy players inside houses, chuck a Stink Bomb in via a window and watch them run for the nearest exit and take them down when they do.