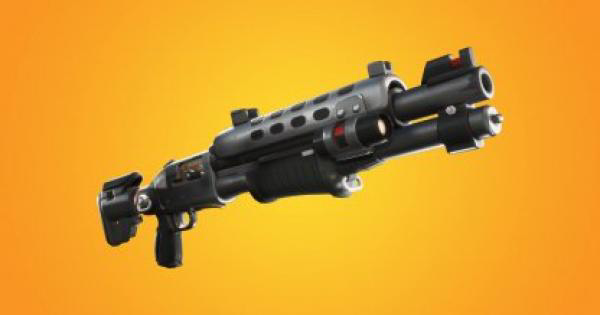 Check out how Tactical Shotgun works in the game!

With its ability to deal a high amount of damage in a single shot, the Tactical Shotgun is a handy weapon to have in solo and team modes. It's lower rarity makes it readily available as a great starter to mid-game weapon!

Tactical Shotguns are best used in close range combat. Its pellets spread further away when fired at targets in mid range. Get close to enemies to bring out the Tactical Shotgun's full potential.

The Tactical Shotgun can deal tons of damage in a single blast. If you are able to hit the enemy with all the pellets in a shot, you can wipe out a chunk of their shield or health.

The Tactical Shotgun has a higher fire rate compared to other shotguns, making it more forgiving when some pellets don't connect. This is great when aggressively rushing an enemy.

Lower Damage Compared To Other Shotguns

Despite its higher fire rate, the Tactical Shotgun's damage is lower compared to other shotguns. Do not expect to fully wipe out an enemy's shield or health with a single shot.

The Tactical Shotgun has a slower reload speed than other shotguns. Reload when not engaging an enemy, or while behind cover.

"Dance" Around Your Enemy

Getting close, weaving and jumping around your enemy, and unloading your shells on them can possibly disorient your opponent.

Use This To Finish Off An Enemy

Whittling down your opponent's health with another weapon may cause them to run away to heal. Using your Tactical Shotgun to hit a wider area with pellets gives you a higher chance of finishing off your enemy.