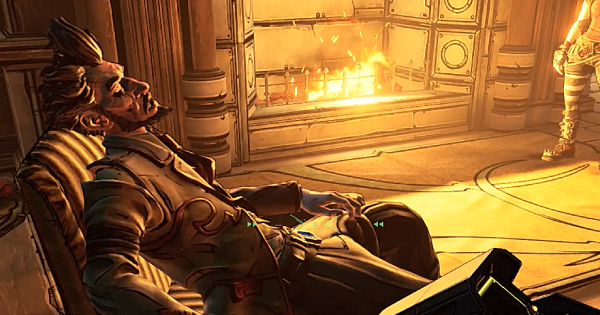 The Case of Wainwright Jakobs Walkthrough

3. Heading to the Eye Witness - Tips

Cursehaven Is Now Full of Enemies

Unlike the previous mission, Cursehaven will now be filled with enemies. These include cultists as well as Skriches. Enemies will now also have some variety with some enemies having shields and some having armor!

Enemies attacking the detective are Skriches. Most of them are weak to incendiary weapons, but a few will be armored. Switch to a corrosive weapon to deal with the armored Skriches!

Skrits are a new type of enemy that you will encounter during this mission. Despite their small size, they can become a nuisance since they can harass you at range. Make sure to prioritize killing these enemies first.

Larger enemies such as the Malechs and Grawns will do a lot more damage than the Skrits. However, these enemies are quite slow, and you can evade their attacks by simply being on the move. You can dispatch them at range after taking care of other enemies.

The second holotape can be found behind a bookshelf. Look for the bookshelf with a skull and approach it. You will be given the option to interact with it. The bookshelf will move, revealing a room with the holotape!

Destroy the Barricade to Progress

The path leading to the third holotape will be blocked by a barricaded door. Look around for a vent which you can enter, and use it to circle around the door. From there, you can destroy the barricade using the explosive barrel next to it!

Defeat the Ascendant Grawn To Get Holotape

Once you reach the third holotape's location, you will face off against an Ascendant Grawn. Use a corrosive weapon to melt the enemy's armor and easily win the fight! Killing this enemy will be how you acquire the third holotape.

Initially, the Empowered Scholar is weak to incendiary weapons since it has no health or shields. Use your fire weapons to quickly bring down the health of the enemy!

Once the health of the Scholar is low, it will become immune and summon a red dome around it. It will now start to slowly regenerate health. Destroy the shards using corrosive weapons to stop the regeneration process!

When the boss is low, it will become immune again, and teleport to one of the pillars in the area. It will summon the dome again, and begin regenerating a shield or armor. Use the floating rocks as a platform and ride it around the pillar to destroy all of the shards!

Use the Appropriate Weapon To Finish Off Boss

After the Empowered Scholar gains armor, it will not become immune anymore. Use the appropriate weapon to quickly shred the boss' armor, shield, and health to finally defeat him!