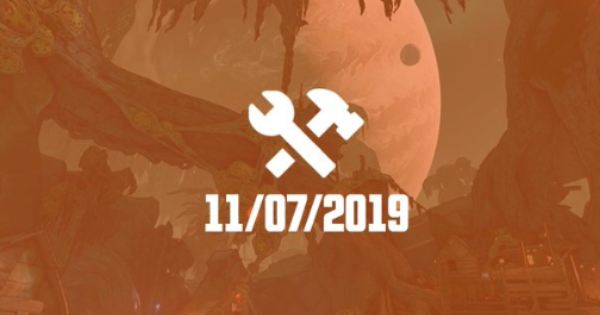 Read this Borderlands 3 guide to learn more about the latest news and info regarding the November 7 hot fix patch notes. Including event changes!!!

Farming Captain Haunt is more likely to be fruitful with the increase in his Legendary Weapon Drops. Amp up the chances further by playing in Mayhem Mode 3 and TVHM.

With a higher chance of getting Legendaries, Captain Haunt will also get more shields to compensate for it! Make sure to bring a shock weapon to bring his shields down quickly!

Gathering Hecktoplasms has become easier with an increase in Hecktoplasm drops across all Ghost types. You can get up to 5 Hecktoplasms depending on the Ghost you defeat.

Finding Loot Ghosts will hopefully be less rare thanks to the hotfix. The chances of it dropping Legendary gear has also been increased!

Terror Anointment parts have a higher chance of dropping from Bloody Harvest enemies now and are less likely to drop from regular enemies in the game.

Anointed Enemies will now be affected by Cryo Damage and slow down when the element takes effect. However, you still won't be able to fully freeze them.