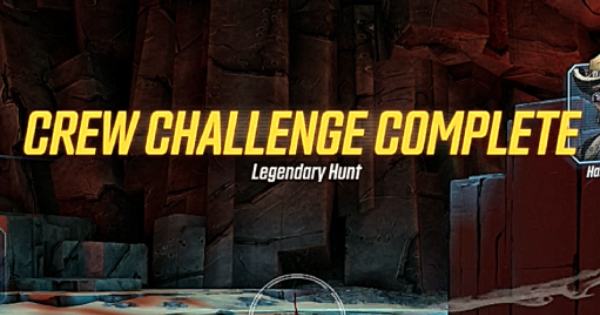 Find out everything there is to know about the Sir Hammerlocks' Legendary Hunt challenges in Borderlands 3 here. This includes locations and tips to defeat them!!!

What are Legendary Hunt?

Legendary Hunts are unique enemies found in the different worlds of Borderlands 3. Although they appear similar to other enemies, they have moves and features that separate them from the rest!

Complete Them All to Get the Bekah

A sure way of getting the legendary Jakobs Assault Rifle Bekah is by defeating all Legendary Hunts at least once. You'll receive the weapon in the mail once you do so.

The Skrakk is the unholy union between a Skag and a Rakk. It's an airborne creature and will attack by charging at players. It's best to use a fast firing weapon to match its speed.

The location of the Skragg is just a bit of a distance from the spawn point. Stick to the right, facing away from the exit and move forward.

What starts as a battle against a single Adult Varkid is actually a family affair against 7 of them! Every time you defeat a Crawly, 2 more will sprout!

Lavander Crawly can be found in a small area left of the The Droughts fast travel station. Upon spawning, just keel to the left to find it.

A spiderant with antlers, Antalope has a really quick spin charge attack and web that will slow you down. Aim for its thorax to deal critical damage whenever it stops its spin move.

The Antalope can be found in the middle of the open area in Devil's Razor. Use the bridge as your landmark as the Antalope's home is right under it.

Put down the Phoenix and it will rise up again from its ashes. You'll need to bring it down a total of 3 times before finally defeating it!

From the Splinterlands - Pitt's Stop Fast Travel Station, stick to the left until you find a path going up a hill. You'll find the Phoenix at its very top.

Seeing the Manvark and the Tinkvark will leave you confused. When fighting it, keep track of the other Varkids as they'll also pose a threat to you during the battle.

The Manvark can be found in Konrad's Hold. It's really close to where the entrance to the Slaughter Shaft is.

Chupacabratch is a health-sucking ratch found in Athenas. Defeating it will require you to deal damage as quickly as possible before it restores it health by taking yours!

Right before the long bridge going to where Captain Trench is, enter the path opposite to it and continue forward. Stick to the left and you'll find a ledge going to Chupacabratch.

A Saurian that is as big as it is deadly. Chonk Stomp will charge, bite, and spew fire at players who enter its lair. Bring a fire weapon to deal more damage against it.

The nearest landmark to Chonk Stomp is the Dead Man's March where you enter to get to the Anvil. To the left of the Catch-a-Ride is a small path that will lead you to Chonk Stomp.

Listen to Sir Hammerlock and don't let the Jabbermogwai near the water! It will duplicate, giving you more enemies to fight. Try to defeat it in its hut as quickly as possible.

The Jabbermogwai can be found in the opposite end of the Family Jewel in Voracious Canopy. From the spawn, keep to the left to get to it.

The Blinding Banshee looks quiet frightening especially as it scampers on to you. It has armor so make sure to bring a corrosive weapon to melt it away.

The Blinding Banshee comes after the long stretch after the Desolation's Edge - Drop Pod Fast Travel Station. You'll find it by heading left after the first Catch-a-Ride station you see.

This Brood Mother packs a punch with every attack. When fighting it, try to keep your distance as most of its attacks are melee or jump based.

You'll need to go through most of the Pyre of the Stars before you can get to the Brood Mother's location. Pass through the Eden-6 Pedestal and you'll be quite near it.