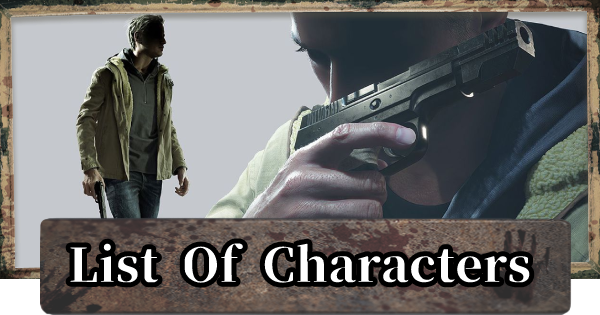 The village is ruled by Mother Miranda. Just like any true ruler, she has several lords serving under her. These four lords are Lady Dimitrescu, Heisenberg, Beneviento, & Moreau. Ethan will need to face and defeat all of them first before he can face Mother Miranda.

Ethan Winters will be returning to the franchise after also starring in Resident Evil 7! He had been living a quiet life with his wife Mia, until something happens that involves him in the affairs of this game's plot...

Chris is a returning character who has shown up regularly throughout the Resident Evil series! In this game, he's currently working for the BSAA, which is an anti-bioterror organization.

Ethan's wife. She was involved in the last game's story, as she belonged to an organization which was responsible for the Baker incident.

The Winters family's only daughter. In RE8, it appears she is kidnapped by Chris and taken somewhere...

The Duke (The Merchant)

A portly man known to be the merchant of the village. He sells a large selection of wares in his shop, including weapons and various supplies.

The mysterious ruler of the village in Resident Evil 8. She has four lords serving under her, and all the villagers have devout faith in her.

Often described as the tall lady from Resident Evil by fans of the game. The lady of the castle near the village with a striking in her appearance, most notably due to her height.

A genius engineer who spends most of his time in the factory just outside of the village. A man with a brazen attitude and huge hammer, he's quite the intimidating foe indeed.

A puppeteer who resides in a foggy valley. She shrouds herself in mourning garbs and always has her doll named Angie in tow.

A bizarre man who you may find in the reservoir. His twisted form is hidden with a robe and has bones on display on his forehead.