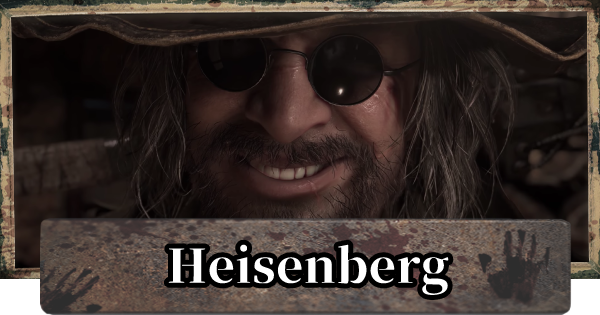 Heisenberg is a boss in Resident Evil Village (Resident Evil 8, RE8). Learn how to defeat Heisenberg, weakness, strategy, tips & more about Mutated Heisenberg!!!

Heisenberg - How To Defeat & Strategy Points

Attack The Red Area Of The Machine

Actively Use The Cannon

Using the cannon enable you to stun the boss easily so make sure to use it as frequent as possible.

By blasting structures towards the boss using the cannon, you can also cancel the upcoming attack of the boss!

Do Not Forget To Guard

While you are using the machine gun, your moves will become slower. Instead of trying to escape by moving away, guarding is recommended.

Use Explosives After The Machine Gun Is Destroyed

One the machine gun that you are using is destroyed, you can only fight using your own weapons. Explosives will be very effective to the boss especially if aimed at the stomach area of the boss.

One Of The Four Lords

Heisenberg is a name mentioned by Lady Dimitrescu during the game's third official trailer. He is one of the four "Lords" who serves Mother Miranda.