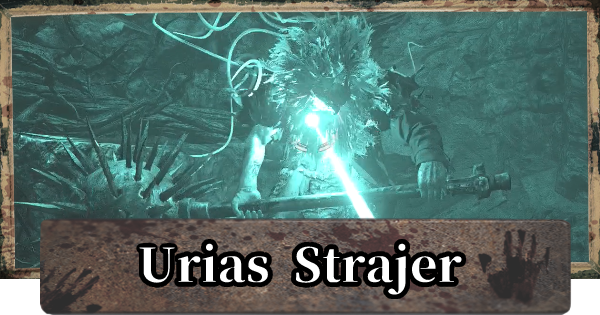 Urias Strajer - Tips & How To Beat

Tentacles Behind Urias Strajer Are His Weak Point

While Urias Strajer attacks you with his mace, he often leaves his back vulnerable. Use this chance to deal huge damage to boss by attacking those tentacles with various weapon.

Guard Against Mace Attacks When Unable To Dodge

Target Locator can summon an airstrike and deal very powerful damage against the boss. However, this requires you to target Urias Strajer for a long period of time making you vulnerable to the attacks of the boss. Use Flash Grenade to render boss immobile and quickly aim and charge the Target Locator.

You can only use the Target locator once the preparation for airstrike is completed. A message will appear on the screen once the airstrike force is done preparing. From there, you can use the Target Locator to ask for support fire.

Urias Strajer is a corrupted version of the mini-boss Urias. He wields a gigantic mace that and has tentacles attached to its back. You will battle it while controlling Chris Redfield in the village.

After defeating Urias Strajer, it will drop the treasure Giant Crystal Mace. This treasure that can be sold for 60,000 Lei in Duke's Shop.