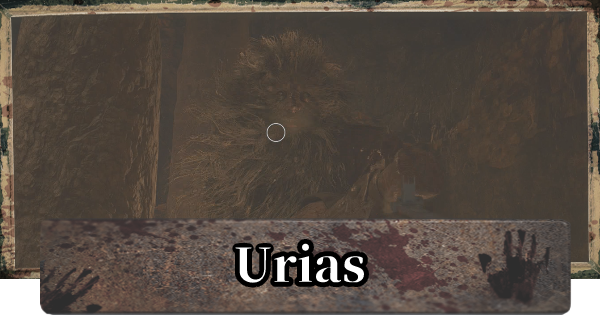 Urias is a mini-boss enemy for Resident Evil Village (Resident Evil 8 / RE8). Learn how to defeat Urias, weakness, strategy, tips & more about Urias in Stronghold.

Aim For The Head Of The Boss

To deal great damage against Urias, aim for his head. It should not be difficult for Urias moves slow compared to other bosses. Moving around the pillars in the field will help on finding an opening for head shots.

Urias can summon two minions that will help him with the battle. Defeat those mobs first so you can concentrate with the boss.

The boss would sometimes jump towards you and try to smash you with his mace. This attack will deal a massive amount of damage when hit so avoid it as much as possible. Make sure to have recovery items prepared if you are not confident in your dodging skills.

You will battle Urias in the caves of Stronghold. He wields a gigantic hammer and moves slowly. However his attack are very powerful.

Has A Mutated Version

Urias has another version called "Urias Strajer" which is a more powerful version of Urias. It is encountered at the Village while you are controling Chris.