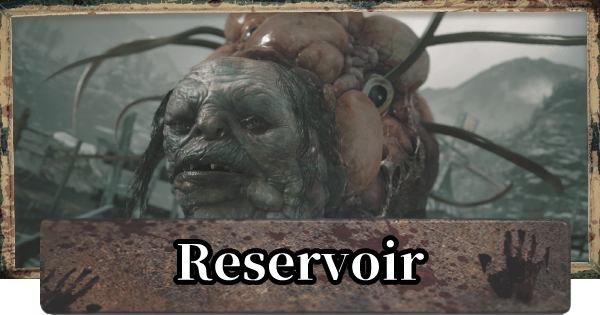 Reservoir Walkthrough - Up To The Altar

Get Items Along The Way

After leaving House Beneviento, you'll now be able to access more places than before. You can find the W870 TAC Shotgun as well as other treasures here. In the next part leading up to the altar, you'll also be able to find tons of items to pick up, so don't miss out on them. You will be assaulted by enemies, but it's worth the hassle.

When you go past the gate and further south, you'll be assaulted by a series of Lycans. You'll be able to attack once you seek shelter in a small hut, so keep your distance and try to dispatch these enemies quickly using a shotgun.

Get The GM79 Beforehand

Use the Iron Insignia Key in the small hut with a water wheel in it to obtain the GM79. This is a very high damage gun that can definitely be useful for upcoming battles.

Up To The Reservoir Walkthrough Guide

Get The Boat Key In The Tunnel

There's a boat outside of the tunnel which you'll need a key to access. The key can be found inside the tunnel here, so climb the stairs near the exit of the tunnel. This looks like a dead end, but if you destroy the boards with yellow tape on them you'll be able to go further in.

Around the room containing the key, you'll find a huge amount of Lycans. Try to use AoE weapons or items such as land mines to deal with them. When you get in the room you can barricade yourself in there, so use that to help deal with this wave of enemies.

Up To The Sluice Gate

▲There are 3 boards you can break, one of which can only be broken by using a gun

In order to get to the 2nd windmill, you'll need to float across the water. At one point you'll be blocked from progressing further - here your should simply destroy the boards marked with yellow tape to proceed. Note that if you get attacked by Moreau and fall into the water, you'll get a game over!

Pulling on the three colored levers (blue, orange, and white) will cause a path to form in the location where that same color tape is wrapped. These paths will disappear over time, so make sure to move quickly.

The first time you'll have to pull the orange and then blue levers to get to the area in the back. After this, you can use the levers in the order of white -> blue -> orange. The time to get across each bridge will be different for each lever. If you don't make it across, you'll have to repeat part of this process.

Light Up The Panel According To The Diagram

When you've turned on the power and returned to the Sluice Gate Controls, you'll have to do a short puzzle where you turn on some lights. Use the diagram you're provided to solve it. Note that the image is initially titled 90 degrees.

Stock Up At The Duke's Shop

You acn find the Duke past the door in the back here (the one that isn't the exit). You'll be fighting a boss after this, so you'll want to take this opportunity to stock up on anything you might need, including ammo. Don't forget to save as well.

Attack When The Mouth Of The Boss Is Open

▲ Shoot the body when the boss is in this form.!!!

The "real body" of Moreau is inside of its mouth. When hit, it will deal huge damage so it is recommended to focus on dealing damage when the boss' mouth is open.

Since the boss attacks in a wide AOE and the battle area is narrow, it would be difficult to fight in close combat. Maintain distance with the boss and attack with range weapons and explosives.

Make Use Of Explosives In The Area

In the battle area, several explosives are set. Hit them with range weapons like gun when Moreau is close to stun the boss.

Avoid Acid Showers By Hiding In Structures With Roof

Once Moreau climbs a platform, it will spray acid covering the whole area dealing continues damage. Once you spot the boss climbing, quickly search for a place to cover.

The following maps will be translated into English soon, so check back regularly.

Reservoir (Near The Bridges With The Levers)