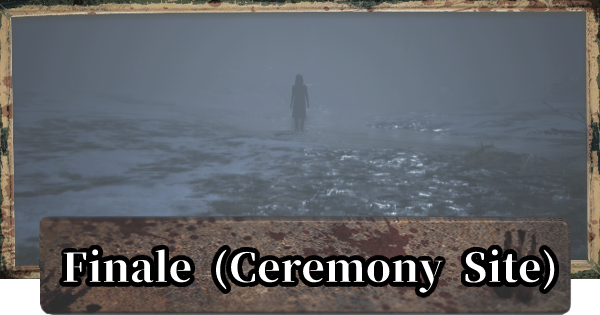 Don't miss the chance to stock up on ammo, bombs, and mines at The Duke's! This is the last part of the game, so you can go all out and buy as much as you can to prepare for the last boss Mother Miranda.

See What You Can Buy At The Duke's

Leave Money For New Game Plus

Bear in mind that after you defeat Mother Miranda, your game will be saved and many of your items will be carried over to New Game Plus.

Check Out What Carries Over To New Game Plus

There will be no particular item drops from defeating enemies aside from your battle with Mother Miranda. With that, you don't have to fight the enemies that you'll encounter on your way and can just go straight for the boss fight.

Powerful weapons such as magnums and grenades are a good bet when deciding on what to bring for the final phase of this encounter. However, due to the limited amount of bullets you might have for these weapons, you may have to switch between different types as you go along.

Mother Miranda will be moving slowly at Phase 1, making it rather easy to take her down as long as you keep a safe distance. Maximize the use of long-range weapons here.

If you deal a certain amount of damage to her, she'll swap to Phase 2. At this point, she'll grow legs on her back and will begin to move quite quickly. Because of this, it'll be difficult to avoid getting hit - this is why it's important to focus on guarding yourself while keeping a safe distance between you and her.

Phase 3: Use The Sniper Rifle Or Magnum

Phase 3 will have Mother Miranda growing wings that enable her to fly. This will mostly be an aerial battle, so utilize your long-range weapons that can deal plenty of damage, like Sniper Rifles and Magnums.

Prevent Aerial Attack By Shooting At Her Head

When you notice her flying up in the air as if collecting light & gas as she prepares to attack, quickly aim at her head and shoot with a Sniper Rifle to entirely prevent the attack.

After you deal a certain amount of damage in Phase 3, she'll turn dark and grey for a moment, signaling the start of her attack loop of all phases. The attack patterns remain the same, so remember your strategies and keep fighting till the end.

Check Out The Full Guide For Fighting Miranda