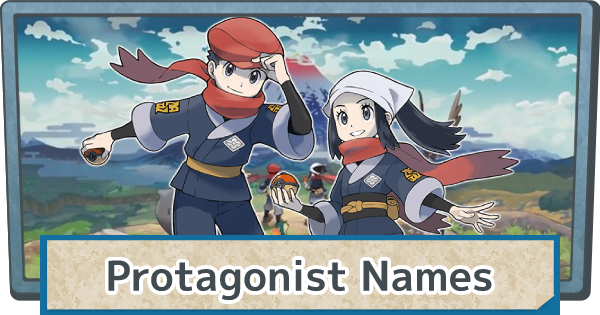 What Are The Protagonist Names

Official Names Are Akari And Rei

Users Can Choose The Character Name

Although the main characters have an official name, players can change it to whatever they want. This gives the players the option of using the official name or changing it to something they prefer.

Although players can name the main character they chose, note that it cannot be changed once finalized. There are also no options to rename the character once your adventure begins, so choose the name carefully.

Points Of No Return

It is also officially stated that the protagonist's age is 15 years old, which is different from the previous generations' age of 10 years old.

Some Appearance Can Be Changed

Like the character's name, appearance also cannot be changed. But there are some appearances that can be edited like hairstyle, eyebrows, eye color, and outfits. Players can change their hairstyle and color at the hairdresser and outfits from the clothier

Outfits And Skin: How To Get