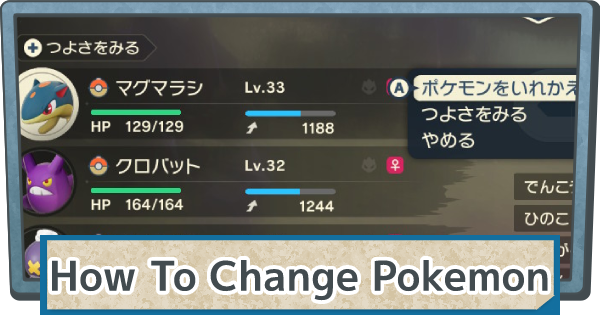 How To Change Pokemon?

Change Pokemon At The Pastures

Talk To Team Galatic Member At Base Camp

You can also change your Pokemon by talking to the guy beside Professor Laventon while you are in the field.

Press D-Pad Down During Battle

When a Pokemon battle begins, you can simply press the D-Pad Down button before performing any move to change your active Pokemon. Doing this will change the current Pokemon that is active in the battle.