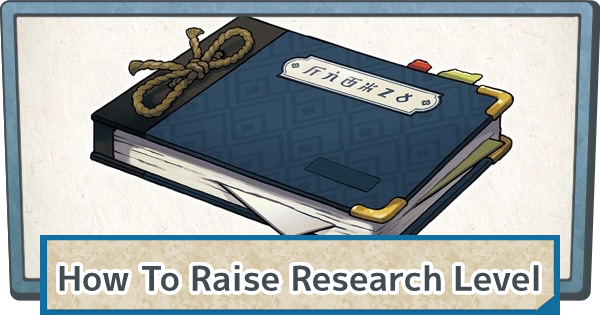 How To Raise Research Level guide in Pokemon Legends: Arceus. Learn about what is research level & tasks, how to complete the pokedex, research points, how to increase rank & tips!

Recommended To Catch Or Defeat Pokemon

The fastest way to progress with the research tasks is to catch or defeat Pokemon. Catching Pokemon can efficiently raise the research level of almost all Pokemon, so we recommend bringing out your Pokeballs first to try your luck at catching them before attempting to defeat them in battle.

Number Of Times You Saw A Particular Move

It is very easy to accomplish "Move Tasks" as it automatically progress whenever the enemy use particular moves. When you have an Agile/Strong Style Move task and a normal task, you can make them progress at the same time by using the style of that move.

In addition to defeating and catching, we also recommend defeating using a specific type and the number of times you saw a specific move for they are easy to accomplish.

Precautions When Filling In The Research Tasks

Some Pre-Evolution Tasks Are Not Filled After Evolution

The Capture Task Is Filled Even With Trading

If you Trade Pokemon with another person, Pokemon received will be registered as captured. If you have an exchange partner, you can fill in the tasks of Pokemon that are difficult to catch just by trading multiple times.

Even if you evolve a Pokemon, the task of capturing the evolved Pokemon will be filled as if it was captured. If it is difficult to capture Pokemon after evolution, it is also an effective means to prepare before evolution and evolve them all together to fill the task .

More Information Will Be Added To The Pokedex

As you increase your research level, additional information about that Pokemon will be added. You will be able to see more useful information such as their height, weight, favorite food and held items.

More Areas Will Be Unlocked

▲ As you complete the Pokedex, your member rank will also increase.

By raising the research level of many Pokémon, the completion of the Pokedex will increase. The number of areas you can investigate increases with your member rank which means you will need to fill up the Pokedex to progress the game.

Newly Encountered Pokemon Will Be Registered In The Pokedex

When you encounter undiscovered Pokemon, it will be registered in your Pokedex. Take note that registration only fills in the Pokedex number, name, and typing.

You Can Also Register Pokemon By Inspecting Them With ZL Button

Even without battling or catching Pokemon, you can still register them to the Pokedex by examining them using the ZL Button. This method is recommended for stronger enemies like Alpha Pokemon.

Complete Research Tasks For Each Pokemon

Report your findings to Professor Laventon as you progress with your Pokedex. Once you report to him, more information will be added to the Pokedex. Take note that research level will not increase just by completing a task.