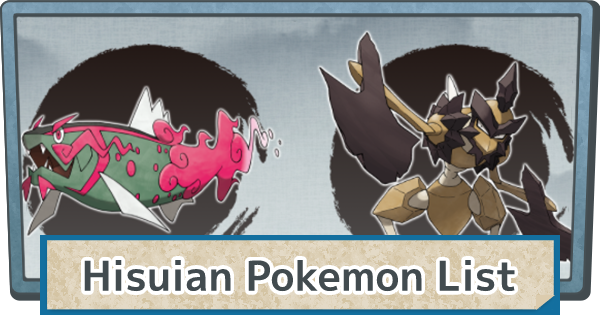 * Tap the icon to move to the details below.

These new Hisuian Pokemon have been added as a new evolution line of Pokemon that appeared mainly in the previous generations.

* Tap the icon to move to the details below.

There are many Pokemon that have undergone special changes due to its region. This change in appearance is called Regional Form / Variant wherein its type, stats, characteristics, etc. are different from the original Pokemon.

The final evolution of the three starter pokemon are listed above. They are different from the original, and they are also able to learn special moves.

Wyrdeer is a Pokemon that is close to humans and helps them with their daily activities. Its chin, tail, and legs have thickened fur which can be used to make the finest winter clothes.

The Evolution Of Stantler

In the Hisui region, Stantler can evolve into Wyrdeer. It can be seen that Wyrdeer's fur grew thicker and has white-colored fur.

Basculegion fights together with the souls of dead Basculins, which attack opponents as if they have a will of their own.

The Evolution Of Basculin

When a Basculin is possessed by the souls of other Basculins from its school who were unable to survive the arduous journey upstream, evolution occurs.

A casual swing from one of Kleavor's large, axe-like arms can deliver a devastating blow, inflicting massive damage on even the most resilient foes.

The Evolution Of Scyther

Scyther evolves into this Pokémon thanks to the special minerals found in the Hisui region. You can have Scyther evolve to either Scizor or Kleavor depending on the item used.

The normal typing of Braviary has been changed to the Psychic type. It might be obtained by evolving Rufflet in the region of Hisui or by catching it in the skies.

Through the power of their malice toward humans and Pokémon, the lingering souls of dead Zorua were reborn in this Ghost-type form.

The normal form of Zorua has a dark typing while the Hisuian variant has a normal and ghost typing.

Hisuian Zoroark is a fiercely hostile and aggressive Pokémon toward humans and other Pokémon. It is obtained by evolving Zorua in the Hisui region.

Voltorb in the Hisui region has an additional grass typing.

Rock type has been added to Growlithe for its Hisuian Variant. They are highly vigilant and tend to be seen watching over their territory in pairs. Its conditions for evolution are currently unknown.

Here's a Video Guide for All 242 Pokemon Locations
https://youtu.be/yEHx6yA44Z4 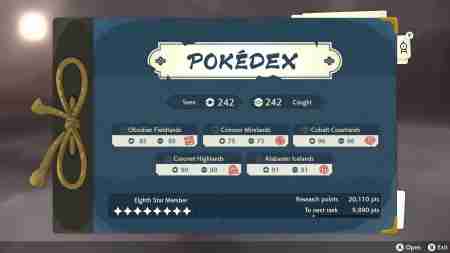