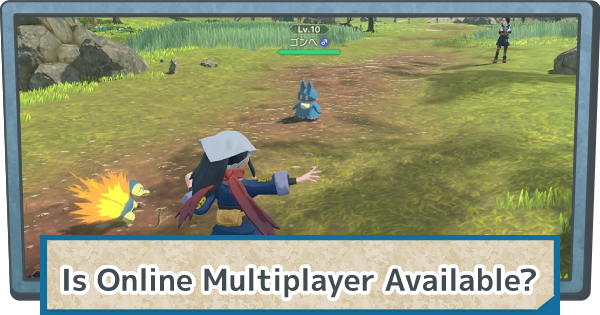 ▲The official site announced that online battles will not available in-game.

It is announced on Pokemon's official website that online multiplayer battles will not be available for Pokemon Legends: Arceus. There won't be any friendly PvP or Ranked Matches in the game.

Players can still trade Pokemon to their friends online by visiting the Trading Post. Players need to connect to the internet and must be subscribed to Nintendo Online to trade.

Online Trading - How To Trade Pokemon?

NPC Battles exists throughout the Pokemon series and is still available in Pokemon Legends: Arceus. Trainers will fight against in-game NPCs such as Captain, who deepened their bonds with their Pokemon.

▲Follows the pattern written on the write side.

The Battle System in Pokemon Legends: Arceus is different from the previous games, making the order of actions change depending on the move types, instead of the turn-based system where allies and opponents attack once each turn.