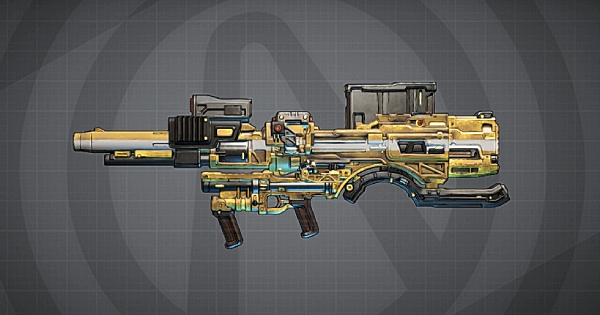 Borderlands 3 | BL3
ION CANNON Legendary Rocket Launcher - How to Get

One of the Highest Damage in the Game

The ION CANNON can do ridiculous amounts of damage in a single shot. Bosses and normal mooks alike can easily die from this weapon even in Mayhem Mode IV.

Accurate Shots Due to Laser Sight

Even without aiming down your sights, shots from the ION CANNON are still accurate. You can even use its laser sight to aim and it will still hit its target.

Need to Charge with Every Shot

There is a small charge time with every shot of the ION CANNON. It doesn't take too long, but you'll need to take that into account when shooting.

The ION CANNON can drop with any of the elemental damage types. This is completely by random so you won't know which one the ION CANNON will spawn with.

How To Get ION CANNON

Must Have Moxxi's Heist of the Handsome Jackpot DLC

The ION CANNON is one of the exclusive weapons added to Borderlands 3 as part of the Moxxi's Heist of the Handsome Jackpot DLC. You'll need the DLC to be able to farm for the weapon.

The ION CANNON drops from the boss Fabricator Mk II in the Moxxi's Heist of the Handsome Jackpot DLC. You'll be able to find it at the end of Jack's Secret.