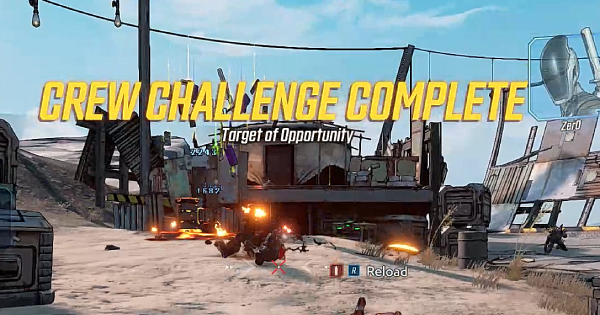 Find out everything there is to know about the Zer0's Targets of Opportunity challenges in Borderlands 3 here. This includes locations & tips to defeat them!!!

What are Targets of Oppotunity?

Targets of Opportunity are unique enemies that Zer0 has put out a bounty for. They are very strong and often have unique abilities that separate them from regular enemies.

Although this a challenge by Zer0, it will be up to you to discover the locations of these targets. Once you do, they will be marked in your map permanently.

Complete Them All to Get the Lyuda

Defeat all of the Targets of Opportunities at least once and Zer0 will have a special reward for you in your mail. This is a sure way of getting the Legendary Assault Rifle, Lyuda!

Hot Carl's shield is literally on fire making him immune to fire damage. Explosive and normal bullets will work well against him!

Hot Carl can be found near Rowan's Rest. From the spawn point, head left and climb some containers close to the mountain side. Stay on the left side and drop down to a secluded path to get to his area.

DJ Deadsk4g will shoot you down while his rave music plays in the background. Shoot for his legs as his shield will bounce off your bullets easily.

With armor on him, using any other element but corrosive will do less damage on Crushjaw. Once his armor is gone, switch to a fire weapon to melt him down.

First, You'll need to get to the end area of the Cathedral where you'll fight Rachel the Anointed. Drop down to where the entrace to the Great Vault is then head towards the opposite direction to get to Crushjaw.

Baron Noggin is a bit similar to Gigamind with his band of floating drones. Be careful of the Ratch around him though as they can keep damaging you if you don't take some of them out.

Barron Noggin is found in the sewer area of the Meridian Outskirts. The entrance to his location is found in an underpass near the Dynasty Diner.

Handsome Jackie will summon attack spheres that will continuously damage you while she shoots you with her shotgun. It's best to take out the drones to lower the aggro on you.

You'll need to go through Fuel Processing in Skywell-27 before you can get to Handsome Jackie. This is at the far end of the map so be ready for enemies you meet on the way.

Judge Hightower isn't your only target in this fight. You'll need to kill all the Hightower members in the area to count this challenge as complete!

The Sky Bullies are a pair of Tinks with fire jetpacks. Keep your distance as they'll fly to you and slam down, creating a pool of fire around them. They're armored so bring a corrosive weapon.

You'll have to pass through most of the Anvil before you can get to the area where the Sky Bullies are. Instead of going to where the Warden is, head to the opposite side to find a rounded closed off area.

Starting out as Heckle, this enemy will shoot you down with 2 guns, but once you've depleted his health, he'll mutate into a raging goliath called Hyde. Take out the other enemies to prevent Hyde from leveling up.

Heckle is in a small cave in the area to the left of the Servant's Lift. When you come across the New-U station there, enter the small opening to a swamp where the cave is next to.

The Psychobillies are a band of 4 bandits found in the Ambermire. Make the fight more manageable by taking down the bomb-throwing bandit before putting aggro on the others.

Where the Psychobillies are located is just a short distance from the Ambermire - Rogue's Hollow fast travel station. Head straight out of the Rogue;s Hollow then jump down the cliff to the left to get to the Psychobilles.

Radioactive and dangerious, Sylentro and Atomic are a pair of Maliwan soldiers found in the Tazendeer Ruins. Since they're both shielded, an electric weapon is great for this fight.

The two can be found in the northern end of the crossroad in Tazandeer Ruins. They're at the very end, requiring you to go through a number of Maliwan Camps in the way.

every location name is wrong, only the screenshots are correct...

Almost all the location names are wrong.