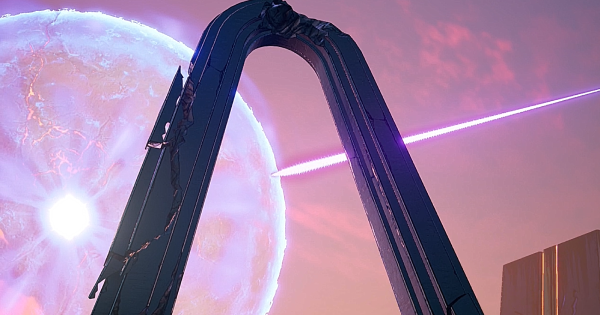 5~7. Fight Your Way Through Area

Use Barrels To Cause Explosive Damage

When facing throngs of enemies, you can control crowds by shooting elemental barrels you'll find in the area. These explode and has a wide range of damage.

Elemental weapons are extremely useful against crowds of enemies. Corrosion and radiation clouds do good damage over time, allowing you to tick down enemy health as the fight goes on.

Raphael Is Weak To Electricity

Raphael The Anointed will have a blue shield bar, making him weak against electric damage. Bring an electricity weapon to bring his shield down faster.

Use Head Shots On Luke

Luke is hard to get close to due to his AoE attacks and his Eridium shield. It's best to use a scoped weapon and deal critical head shots to lessen his HP.

Jump or Move Between Energy Balls

When Troy summons his energy balls, keep distance and jump or move in between them to avoid taking damage. He can do this move in several bursts and can damage you greatly if you don't dodge.

Troy doesn't just send out horizontal sweeps of the energy balls. He also does a move that has a vertical sweep. Jump and move the side to avoid taking damage.

Open For Attacks When Shooting With Gun

Troy can be very vulnerable when he's slowing walking towards you and shooting you with his gun. Just step to the side and keep moving while shooting him to lower his HP.

Charges Up When Going To Tyreen

When you reach a certain threshold in Troy's HP bar, he'll go back to Tyreen and charge up with her. The field will have mob spawns, pillars of fire, and laser beams, so keep mobile.

When Troy summons a big rock sword, he'll smash it down into the ground. Move away from its trajectory to keep from getting hit.

Stay By Gate To Avoid Rocks

When Troy's HP starts to get low, he'll start summoning giant rocks and fling them towards you. Use the Vault Gate as a reference to find the safe point where you won't get hit by the flying rocks.

2 things, it’s “Rachael, the Anointed” (just FYI lol). But I didn’t see it mentioned here that during the Troy fight when he retreats to Tyreen. There are a few tethers that seem to hold the orb (portal?) in the center open. If you shoot the orange spot on the origin pillars it destroys it.