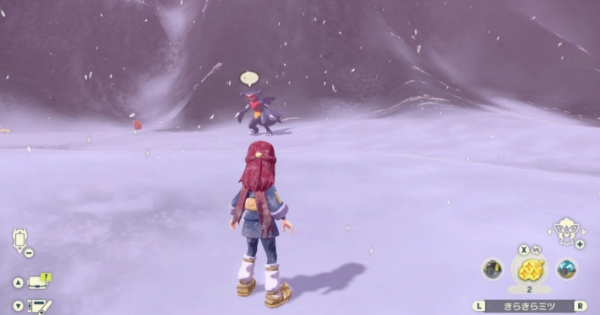 Pokemon Legends Arceus
Gabite: How To Get And Evolution

Gabite is a Pokemon obtainable at Pokemon Legends: Arceus. Learn the location of the Pokemon, shiny, how to catch & get, skills learned, weaknesses, type!

The recommended natures to get are Hasty and Naive. It is important to get natures that maintain or increase Attack, Special Attack, and Speed at the expense of Defense and Special Defense in order to maximize the use of the Special Move "Earth Power"

Gabite - How To Get & Location

Gabite spawns as a level 56 Pokemon in Celestica Ruins at the Coronet Highlands. Gabite's evolution, Garchomp, is a powerful Pokemon so it is recommended to get a Gabite and evolving it into a Garchomp.

Garchomp's Alpha Pokemon spawns in Avalanche Slopes at the Alabaster Icelands later in the story. Since Garchomp has a very high level you will need the appropriate star rank in order for it to listen to you after capturing it.