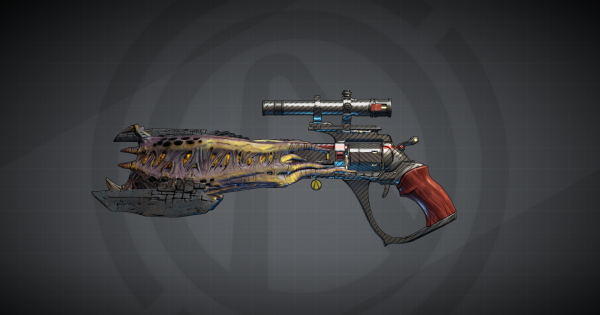 Borderlands 3 | BL3
Queen's Call Legendary Pistol - How to Get & Stats

*Shown stats are excerpted from the variation confirmed in-game.

The Queen's Call is one of the strongest pistols in the game. Its high damage and special features allow it to melt through enemies with well placed shots! Additionally, it deals high elemental damage with whatever element it has.

Can Spawn as Any Element

It's possible for the Queen's Call to spawn as any of the 5 element types. Since this is entirely random, it might take a while to get the element that you want.

When you do a critical with the Queen's Call, 3 bullets will return to your magazine and 3 additional bullets will spawn to hit an enemy. This continuous damage is what makes it so powerful.

How to Get Queen's Call

The Destroyer's Rift is a special area found in Pandora. You'll need to progress the main story up to the final mission before you can get access to it.

When Tyreen is out in the open, make sure to focus all your aggro on her. All your shots to her body and head will be Critical Shots.

Climb Up Body to Get to Weak Spot

When Tyreen double overs on the ground, climb up the body to get to the glowing part at the back. Shoot it to get the most amount of damage!

Tyreen will teleport and summon an orb that will have beams of fiery laser around it. Go under the beams to keep yourself safe from them.

Get in Between the Sweeping Laser Attack

She'll also have an attack wherein she flies up in the air and create multiple laser beams under her. Get in between the gaps to not be damaged.

Can Also Drop the King's Call

Tyreen has a chance of dropping the King's Call, a pistol almost the same as the Queen's Call. It's part of a weapons set between her and her brother, Troy.