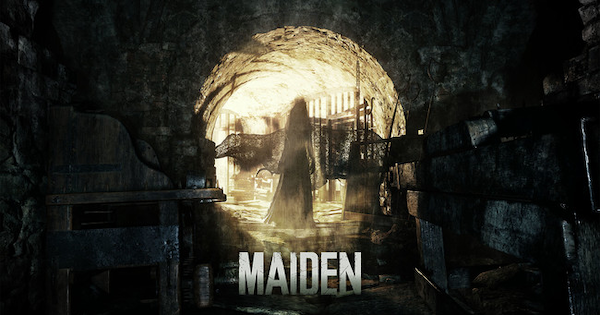 Read this Resident Evil Village (Resident Evil 8 / RE8) guide on Maiden (Demo). Learn how to download the demo on PS5 and other platforms (XB, PS4, & PC), release date & features!!!

Check Out The Summary Of Recent Resident Evil Showcase Here

Stand-Alone Demo For RE Village

Maiden is a standalone Demo For the new game Resident Evil Village. The player will control a character called the Maiden instead of Ethan Winters, and will have to to escape from Dimitrescu Castle.

Who Is The Maiden?

According to the official Playstation Blog, Peter Fabiano the Produce of RE Village said "Maiden is not the name of any person, but instead it symbolizes the protagonist, a girl who's trapped in Dimitrescu Castle". We can assume that Maiden will not be deeply involved in the main story of RE Village.

Does Not Include Combat

Since this demo is mainly visual, it does not include any combat with enemies. However, you'll be able to explore the castle, enjoy a short story and do some puzzle solving.

Releases On Jan 21st For PS5

Maiden, the demo of Resident Evil Village is now available exclusively on PS5. The official game is going to be released on May 7th.

Check Out More On Release Date From Here

Release Date For Other Platforms

For other platforms (Xbox One, Xbox Series X, PS4, and PC), you have to wait until this Spring to play the demo.

How To Play Maiden

You can download the Maiden the demo easily from your PS5. Simply search for Resident Evil on the store to find it.

Some users are encountering a message saying "Something Went Wrong" when they try to start the demo. The cause of this is because some have downloaded the game directly from the desktop website.

Resolution for the Error

Simply open your PS5 and then visit the Playstation store. From there you have to download the Resident Evil Village Maiden game and you should be able to play the Maiden Demo.