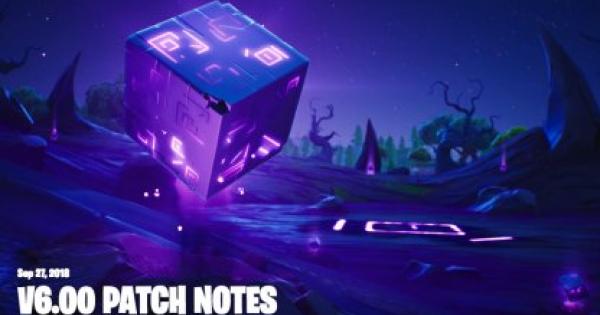 Fortnite's Season 6 is here and it brings with it a number of updates, including changes in the map, new items and cosmetic skins, and an All-New Battle Pass to rank up!

Check Out the Season 6 Skin & Rewards

Spooky things are happening in Fortnite and it goes right with the Season's new theme: Darkness Rises. From werewolf skins to a new area called Haunted Castle, Season 6 looks to be a scary fun time!

An all-new Battle Pass awaits in Season 6 with new exclusive skins, items, and emotes like in the previous season! Rank up to get your hands on the new items.

Check Out the Season 6 Battle Pass

Have a cute friend with you in the battlefield! Pets are animated backblings of furry and scaly pals you can take with you to combat!

Players can now unlock and select music that they can hear in their lobby screen. You can select which music to play in the Locker.

Explore the floating island or make your way through the Corn Field, Season 6 brings with a number of map updates and new areas!

The island on the middle of Loot Lake is now floating with the power of the cube at its bottom!

Check Out The Floating Island Movement

Explore the halls of the Haunted Castle, but be careful of what you see inside. You never know if it's an enemy or the ghosts of the castle.

Other Areas in Season 6

Find Shadow Stones in corrupted areas in the map. These small cubes will let you turn into a shadow form for a certain amount of time! Shadow Form will allow you to be hidden from the enemies when stationary.

Check Out the Shadow Stone Here

Several Weapons Have Been Vaulted

Epic Game has vaulted a number of weapons and items in the v6.00 update. Among the vaulted weapons are Impulse Grenade, Suppressed Submachine Gun, Light Machine Gun, Bouncer, and Remote Explosives.

Vaulted Weapons are Still Available in the Playground

Players can still use and find the weapons and items that have been vaulted in the v6.00 update in the Playground.

Momentum, Charges Update to the Grappler

Momentum functionality has been added to the grappler, adding launch force to player movement. Charges however have been reduced from 15 to 10.

Input Based Matchmaking for Consoles

Players on consoles will now be matched depending on the peripherals they use when playing Fortnite. Keyboard users will be matched with other keyboard users regardless of their platform for example.

The wait time for the circles has been decreased and the shrink time has been increased starting in the 4th phase. Safe Zone will now move 50% farther from the previous safe zone during late in the game.

Check Out How to Survive the Storm Here
ユーザー登録のご案内