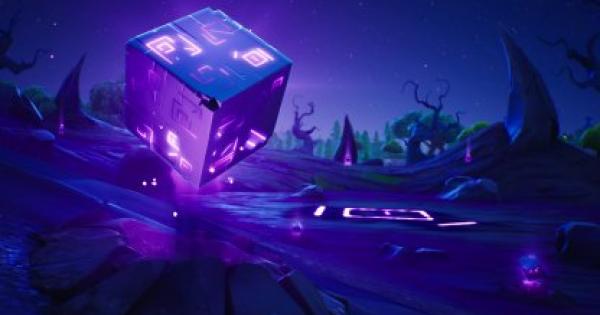 Read this guide about the new Fortnite Season 6 Shadow Stone - a new consumable found in corrupted areas of the map and Shadow Form which grants the unique "Phase" ability and invisibility powers.

Turn into a Wisp With the Shadow Stone

The Shadow Stone is a new consumable that can be found in the corrupted areas in Fortnite. Upon consumption, you will turn into your shadow form that can phase through objects and become invisible.

Immediate Use Upon Pick-Up

Like apples & mushrooms, Shadow Stones are consumed immediately after being picked up from the ground.

Shadow Stones Give Off a Pillar of Purple Light

Easily spot a Shadow Stone by the short pillar of light they give off.

Get Shadow Stones from Corrupted Areas

You can only find the Shadow Stones in the "Corrupted Areas" in the map.

The dark powers granted by Shadow Stones last for 45 seconds once consumed.

Players have to stand still when under their Shadow Form to turn invisible to enemy players' eyes.

Pass Through Objects With "Phase" Ability

Shadow Form grants players with a unique "Phase" ability that launches them into the direction they phase & allows them to pass through walls & objects.

Cannot Use Weapons While Activated

Activating Shadow Form does not allow players to use their weapons, making them vulnerable if found out.

Traversing the map while in Shadow Form will leave a trail that enemies can use to spot you. Be careful about moving around when you've just consumed a Shadow Stone.

Activating Shadow Form can help you get away quietly during an enemy encounter. Be careful of the shadow trail you leave behind, though, so move around carefully!

Sneak Into Enemy Base For Covert Attack

If you feel bold, consume a Shadow Stone & phase through your enemy's forts to attack them & take them by surprise.