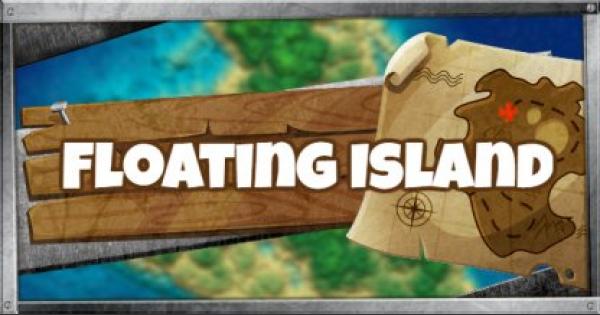 The floating island in Loot Lake has started moving! Check out the latest location of the island with our tracker and get gameplay tips when you are at the island!

Where is the Floating Island As Of October 29?

The pieces of the island remain over Leaky Lake but the Cube has started cracking along its surface. This may mean that we may have more to worry about than just Cube Monsters.

The Cube Was Introduced In Season 5

The Cube first appeared in Season 5 after lightning bolts destroyed a ring of cacti in the desert. It then proceeded roll around the map leaving runes before dissolving in Loot Lake.

Check Out The Cube Here

The Island Has Exploded Into Several Pieces

The explosion of the Island signaled the start of the Fortnitemares. The pieces of the island are still floating above Leaky Lake in between the Cube and the portal in the sky.

The Portal In The Sky Has Expanded

The portal in the sky has expanded in size. One wonders what may come out of it or what it may send to another world.

A Portal In The Sky

The lightning bolt's end point in the sky has expanded from a single point to what looks like a portal.

The Floating Island is back at Leaky Lake

Floating Island has returned to Leaky Lake and there's now a single lightning bolt spanning the top of the house up to the sky.

The house on the island is now covered with cube growths reaching past the roof.

Runes Have Been Discarded Near Dusty Divot

After lifting each rune and gathering them around it over the weekend of Oct 20-21, the runes have been discarded onto the corrupted area near Dusty Divot.

Vents have opened on the ground after the rune was sucked up. Going into them launches you in the air similar to the Bouncer.

The Floating Island Was Introduced in Season 6

In Season 5, there was a Cube that was rolling around the map and dissolved in Loot Lake. In Season 6, it has gathered under the Loot Lake island and has lifted it into the air!

The Season 6 Trailer Shows How It Happened

Sun Strider and Sun Tan Specialist were in for a shock.

Tips for Using The Air Currents of the Floating Island

Ride the Air Currents to the Island

The island always has strong air currents swirling under it. These are strong enough to bring you up to the island from the ground.

Use the Currents to Re-deploy Your Glider

The currents also lifts you high enough to allow you to deploy your glider! Take advantage of this to quickly move to another location!