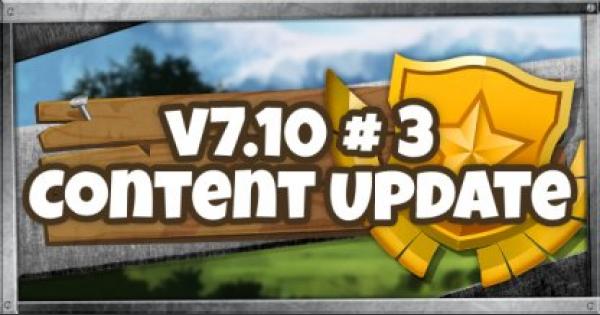 Learn all about Fortnite Battle Royale's v7.10 content update # 3 in this guide! This includes the release of the Suppressed Sniper Rifle, the return of the Dual Pistols, and balance changes to other weapons

The v7.10 Content Update # 3 contains the return of the Dual Pistols, the release of the Suppressed Sniper Rifle, and multiple balance changes! Tweaks to the X-4 Stormwing, Dyamite, and Boom Box are also included in the update.

The v7.10 content update was released between multiple sessions across December and January. The updates put in either new items to the game or applied balance changes to previously introduced ones.

The Suppressed Sniper Rifle will allow you to take out enemies from a distance without giving away your location! The bolt-action sniper rifle is completely silent, perfect for sneaky eliminations.

Dual Pistols Returns from the Vault

After being vaulted for months, the Dual Pistols returns to Fortnite! No stated changes were made to the weapon so it should work the same as it used to.

The Six Shooter has been removed from the game as part of the latest update. Unfortunately, there's no indication if it will ever make a return after a few months in the vault like the Dual Pistols.

Uncommon, Common, and Rare variants of the Burst Assault Rifle has been vaulted. Only the Epic and Legendary variants are left in the game.

The X-4 Stormwing received a number of status changes, including a decrease in player knockback, structure impact damage, and spawn chance. It will also take more damage when hitting any form of structure.

The Boom Box also received significant changes to balance out its overall destructive power. It will now have lower drop rate, health, and duration.

New Community Creation at the Block

This update also brings with it a new community creation to be featured in The Block! Check out KojackNumber2's bouncy DM Arena!