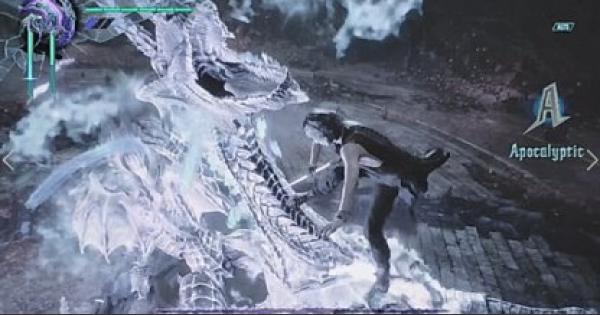 Check out this Devil May Cry 5 (DMC5) boss fight guide and walkthrough versus Elder Geryon Knight. Learn about its battle moves, gameplay & combat tips, and more!

The Elder Geryon Knight will charge at you with his lance. Dodge to the side to evade this attack.

This boss will occasionally throw projectiles at you. Watch out when his arm lights up as he raises it. Run sideways to avoid getting hit.

He strikes his lance to the ground to unleash a lightning area of effect attack around him. Keep some distance away from him to avoid getting hit by this attack.

He can sometimes teleport around the area so watch out for his surprise attacks.

His horse will scream and the Elder Geryon Knight will start rushing you with a continuous string of attacks while teleporting in and out.

He Can Teleport To Your Side

When you damage him enough, he starts to teleport all over the area, and can sometimes appear near you for a close range attack so prepare to dodge as he jumps through a portal.

When your pets start to hit critical health levels, summon Nightmare (L1 by default on PS4) to restore your Familars' health. This will also allow you to deal a good amount of damage to the boss.

Check Out Mission 5 After Beating The Boss!