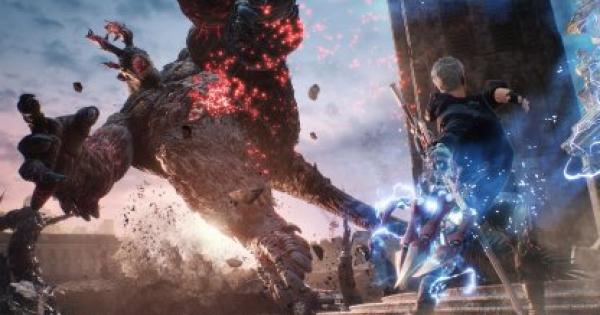 Check out this Devil May Cry 5 (DMC5) article to know more about the game's difficulty levels! Check out the different difficulty modes, how to change the setting, and how to unlock them!

Two Difficulties Are Unlocked By Default

When initially starting the game, you will only be able to choose between two modes: "Human" and "Devil Hunter". You will be able to unlock other difficulties later on by finishing the game on different difficulty levels.

Which Difficulty Should You Choose?

Human Mode For A Relaxed Game

Bosses and enemies have significantly less health and deal less damage. This is also often referred to as "Easy Mode". In Devil May Cry 3, this mode is unlocked after dying 3 times on Normal Mode.

Devil Hunter For A Standard Playthrough

This is the default difficulty setting for Devil May Cry. This gives a fair challenge, and can be tougher than standard action games. This the equivalent of Normal Difficulty.

Son of Sparda For Tougher Challenges

In this mode, enemies tend to deal more damage, and can have higher health. This is usually unlocked after beating the game once. This is the game's equivalent of Hard Mode.

In this mode, enemies are tougher, have twice the amount of health, and use more attacks. In past games, enemies gain a Devil Trigger which they can use against you.

You will be able to clear Super Costumes for each character by completing the game in Dante Must Die mode. Super Costumes grant tons of benefits such as unlimited Devil Trigger and maxed out abilities, but will reduce your Rank Score by 80%.

Heaven Or Hell Mode For Near Impossible Game

Against All Odds in Hell And Hell Mode

The Devil May Cry series is known for providing players a tough challenge in harder difficulty levels. Players usually start out with the lowest difficulty levels & harder modes are introduced once the game is completed. Difficulty levels also affect enemy health levels, behavior and abilities.

Use Earned Abilities and Items At Higher Difficulties

Higher difficulty levels are unlocked upon completion of the game on a lower difficulty. Once unlocked, the difficulty can be changed on the Mission Start screen.