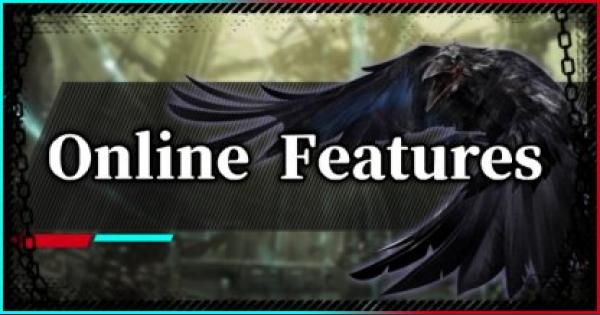 What can you do online in Devil May Cry 5 (DMC 5)? Find out in this guide detailing the online multiplayers cameo system, Bloody Palace ranking system, & more!

Through the new Cameo System, players connected to the internet will be able to play with other players online in real time. This only works for specific missions wherein the playable characters of the game meet up.

Check Out the Playable Characters Here

Rate the Stylish-ness of Other Players

Players can choose to rate other players for their cameo appearance after the missions. Staying "Stylish" will net you useful rewards so better show off those moves and combos!

Only Available for Specific Missions

Not all missions can have cameos. For the sake of the story integration, missions wherein your character is exploring or fighting alone will remain that way.

Staying offline will prevent you from playing with other players. Instead, the cameos will be the ghost data gameplay recordings of the development team! You won't get Stylish points rating for playing offline though.

With the release of Bloody Palace, there is expectation that it will have its own ranking system for players. This could either be based on completion time or Stylish points, but there's no confirmation yet.

Bloody Palace - About the Mode & Walkthrough