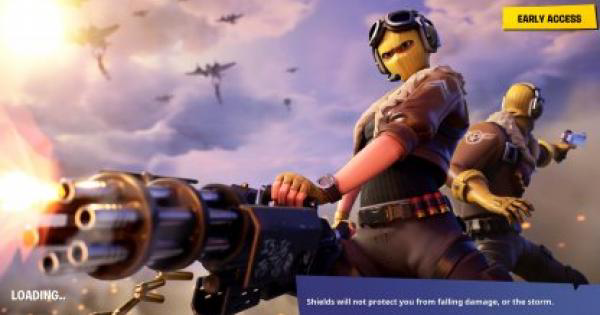 Find out where to find the Season 9 Week 1 Fortnite "Utopia" Challenge Secret Battle Star in this guide! This includes its location, loading screen, clues, & more.

The Secret Battle Star can be found on the Easternmost part of the map. It will be near the edge of the map, by the mansion South of Lonely Lodge.

Head for the road that is in between the mansion and the trailer park. The Secret Battle Star appears on a bald patch of grass along this path.

There will be a bald patch along the grass while following this path. This bald patch can be found near the gate that leads to the mansion. Approaching it will cause the Secret Battle Star to appear.

Complete 1 set of Weekly Challenges to receive a loading screen with the hint to the Week 1 Secret Battle Star Location!

Clue Is On The Barrel Of The Minigun

If you look closely at the barrel of the Minigun, there will be four coordinates written on it. I5, I6, J5, and J6.

If you check the coordinates on your map, there will be an intersecting point for all of those coordinates. Going here will reveal the Secret Battle Star.

Each week, a Secret Battle Star or Banner is revealed for players to earn. However, they can only be collected by those who complete the required Weekly Challenges.