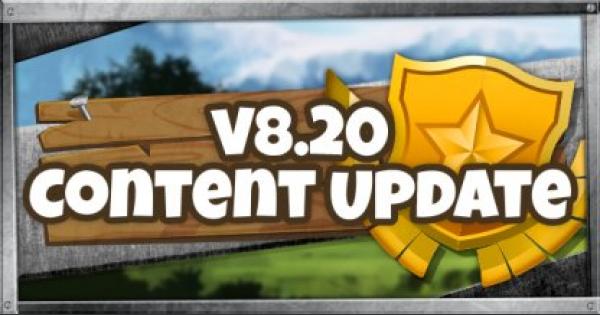 Learn everything new in Fortnite's v8.20 Content Update, including the release of new weapon - Boom Bow, return of the LTM: Sniper Shootout, various changes to the game, and more!!

Aim, fire, and explode! Fortnite's v8.20 content update unveils the newest weapon for players to use: the Boom Bow! An explosive long-range weapon that ends in a bang!

Blow Up The Competition With The Boom Bow

The Boom Bow is a long range weapon made with destruction in mind! Its arrows explode after a period of time when fired, and its explosive trait means that it deals damage a good amount of damage to structures!

Check Out The Boom Bow Here!

The LTM Sniper Shootout will make its return along with the v8.20 content update! Steady aim, and sheer focus are what's needed for this LTM since Sniper Rifles are the only types of weapons that spawn!

Below are the miscellaneous changes implemented during the v8.20 content update.

According to the content update patch notes, the Foraged Item "Peppers" will have its duration increased from 10 seconds to 20 seconds, and the movement speed bonus increased from 20% to 40%.

Various Bug Fixes In The Arena

The Arena will also be getting some various bug fixes during the content update. Below is a list of the fixes implemented to the Arena