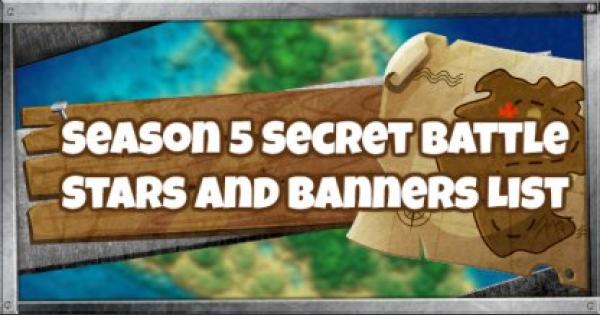 This guide will show you how to find Fortnite's Season 5 Secret Battle Stars to earn free Battle Pass Tiers as well as the secret banners from the "Road Trip" challenge loading screens!!

We've decoded the clues on the "Road Trip" loading screens and the guides are listed below. The Secret Challenges will always unlock in chronological order, no matter which Weekly Challenge you finish first.

The first Secret Banner Challenge will only unlock after finishing the seventh Secret Battle Star Challenge!!

What Are Secret Battle Stars & Banners?

To unlock the secret challenge, players have to fully complete the Weekly Challenges - that's seven challenges per week!

Look For The Hint in the Loading Screen Reward

Upon completing a week's challenges, a loading screen will be unlocked containing a hint to the location of a hidden reward. You can access the loading screen from your locker.

A Secret Battle Star is worth 10 Battle Stars - enough to go up 1 Battle Pass tier! In Season 5, Secret Banners can also be unlocked starting from 8 full weeks of completed challenges.