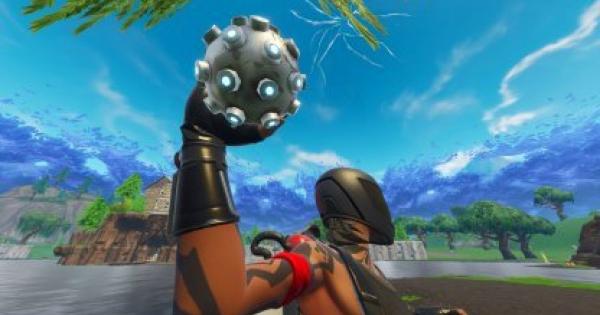 Find out everything to know about the new Throwables-only Limited Time Mode - Catch! This guide includes the LTM's release info, available weapons, tips to win, & more.

Better get that throwing arm ready because in the new Catch! Limited Time Mode, there are no other weapons available, only Throwables! It's available for squads so grab your friends and get into the game.

The Catch! LTM was introduced in the v7.40 Content Update, along with another new LTM - Driftin'. It covers a small team mode while Drifting is a large team mode.

With only throwables around and a faster circle shrink time, the Catch! LTM is a fast-paced game mode that boils down to which player can out maneuver who. In this game mode, structures can either work for or against you.

Come Out on Top as a Team

The winning conditions for the Catch! LTM is no different than with the regular Duo or Squads game mode. Outlive your opponents and be the last team standing to get that Victory Royale!

You won't find any guns or ammo in this game mode at all. The only weapons available here are Throwable ones, including some of the recently vaulted Throwables!

Available Throwables with No Damage

With a 100% chest and floor spawns, players won't find it difficult at all to fill their loadout! There is also an increase in the amount of Supply Drops that will drop in the game.

A good combo to do when you have an enemy trapped inside the Smoke Grenade is throw a damage-dealing Throwable there. Grenades, Dynamites, and Stink Bombs will work great here.

Enemies holed up in their forts can be eliminated or forced to go out of the fort if you throw in a Grenade, Stink Bomb, or Dynamite inside. Throw another damage-dealing throwable outside the fort just in case they decide to bolt.

Bring down enemy structures or even buildings where they're hiding in with the Bottle Rockets. It's likely that it won't eliminate them so better be ready with another grenade once they come out.

Use Throwables to Launch Enemies Out of the Circle

Save a Shockwave, Chiller, or Impulse Grenade for the latter parts of the game. Throw one at the feet of an enemy and see them fly out of the circle and into their elimination!