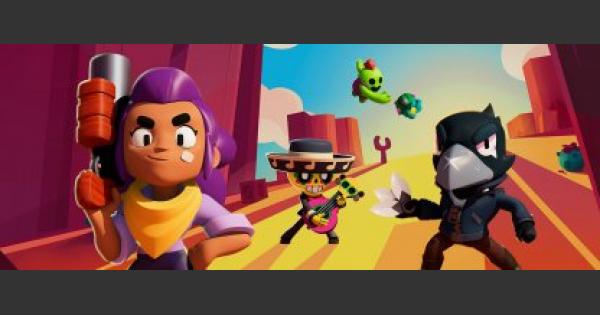 Want to know what Brawler is the best? Read this Brawl Stars guide for the best tiered Brawler list with ranking criteria including base statistics, Star Power capability, game mode effectiveness, & more!

NOTE: This tier list has been updated after July 08, 2019. Thank you for your feedbacks!

The following Brawlers were ranked into their respective Tiers using the following criteria:

Ease Of Use For Beginner & Intermediate Players

Brawlers with straightforward skills and abilities are ranked higher since they are better suited for newer and intermediate players, allowing them to learn and master the ropes of the game.

A Brawler will be ranked higher based on the number of game modes where they will be useful in. The more S ratings they get per game mode, the higher they are ranked.

Brawlers with high stats such as extremely high HP or DPS, are ranked higher since they are better suited for fighting. These Brawlers can easily defeat other Brawlers, or at the very least, can outlast them in battle.

Brawlers that have very useful Super Attacks and Star Powers are ranked higher since they will be useful to get out of tight situations, support teammates, deal a final blow, or more!

Can Secure The Gem Mine Area

The Gem Mine Area will be the main point of interest on the map. The recommended Brawler must be able to secure this area using their abilities such as Attacks, and Super.

Can Burst Down Enemies

Brawlers with a high burst damage output are great in Gem Grab since they pose a huge threat to enemies that are carrying a lot of gems. Bursting down enemies with lots of Gems can turn the tide of battle.

Example: Pam - Set Up Shop In Gem Mine Area

Pam can drop her Super near the Gem Mine area to give her team some much needed sustain and keep them alive as they collect gems. Mama's Squeeze can keep enemies away since her Turret will be able to damage enemies that get too close.

The recommended Brawlers for Showdown are Brawlers that are agile and can get around the map quickly. They can quickly reposition to a new location and jump in and out of battle as they please.

Brawlers That Can Take Lots Of Damage

Brawlers that have a large health pool and can take a large amount of damage are great Brawlers to use in this game mode. It allows them to sustain themselves longer in drawn-out fights, especially when it's the Showdown phase.

Since Darryl's Super charges automatically, you can use Darryl's high mobility to get in and initiate fights with low health Brawlers. Any of Darryl's Star Powers will give you an advantage when initiating the fight!

Can Adapt To Damage The Safe In Any Situation

A Brawler that is very useful in the Heist Mode can use their strengths to damage the safe in a creative way. Shoot over walls, clear a path to the safe, or even sneak to get to the safe!

Barley's attacks can go over walls, making him very useful when the safe is blocked by a wall. Barley can damage the safe over time from long range by lobbing his bottles over obstacles!

Can Possess The Ball For Long Periods Of Time

Brawlers that have skills that allow them and their team to take control of the ball for long periods of time will be very useful in this game mode. Having the ball most of the time will give you and your team more chances to score!

Spike's Super will slow down enemies in its area of effect. It is a great way to impede attacker's progress to your goal, or slow down defenders as your team finds a different opening to score!

Can Burst Down Enemies

Brawlers that are great in Bounty can use their attacks and damage to quickly bust down the enemy's health to 0. This lets you rack up the number of stars for your team in no time!

Piper is able to burst down enemy Brawlers from afar since she has one of the longest ranges in the game. She can one-shot certain Brawlers if they're not careful!

Brawlers That Can Heal Allies

It is important to have a Brawler with the ability to heal teammates in order to sustain the team longer in battle against the robots.

Brawlers that have a huge health pool are great in this game mode since they can stay in the fight longer against robots. Tanky Brawlers also do a lot of damage which will help quickly defeat the waves of robots.

Example: Bibi - Push Back Enemies That Get Too Close

Bibi can use her Home Run Bar to push back enemy robots that are getting too close to your safe. This will buy you and your team some time to destroy the robot, and prevent getting the safe damaged!

Brawlers that are good in this game mode can unload lots of damage to the boss! It will be helpful if the damage you do is consistent in order to quickly get the boss' HP to 0. Make sure that there are also healers in your team to assist you!

Brawlers that have the ability to heal are great in this game mode. They will be able to sustain their teammates as they whittle down the boss' health.

Pam's Super can support and heal the whole team as long as they are within range of the turret. Since Pam just lays down her turret, she can continue fighting the boss while her turret heals her allies.

Brawlers that can draw the enemy's aggression using their skills are great Brawlers to use if you are playing as the boss.

Can Heal The Team

It is best if the Brawler team also has a healer aboard. This will allow the team to stay alive longer while focusing their fire on the Boss Brawler.

Carl's moveset allows him to attack from both long and short range. Using walls in close combat situations will also allow him to burst down enemies!

Can Maintain Control Of A Certain Map Area

Brawlers that maintain control of the middle map area are highly recommended. Collecting Bolts that spawn in the middle of a map will construct a Siege Robot that immensely assists your team in the game, which is why it is top priority to secure said area.

Since Penny's cannon has a very large and wide range, you can set it down near the Bolt spawn area and use it to habitually harass enemies trying to collect bolts! Her Balls of Fire Star Power can also deny enemies certain areas of the map!

You need to update this. Also, this tier list was wrong at the time as well. I don't know why I really care though. 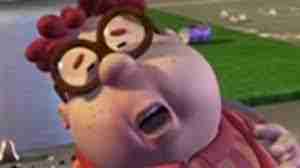