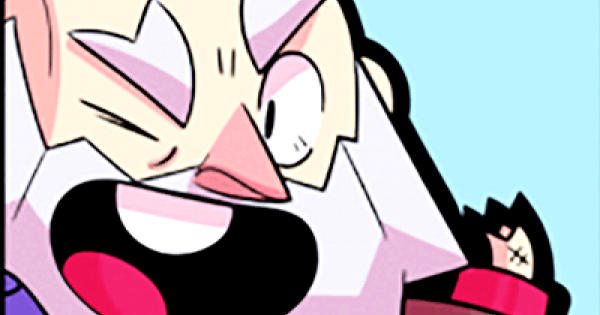 Learn the stats, play tips and damage values for DYNAMIKE from Brawl Stars! In this guide, we featured the basic strats and stats, featured Star Power & Super Attacks!

Dynamike lobs two explosive sticks of dynamite. His Super attack is a whole barrel full of dynamite that blows up cover!

How to Get DYNAMIKE

Mike lobs two dynamite sticks that deal AoE damage upon impact. He can toss his sticks over walls & obstacles, allowing you to hit enemies hidden behind them.

A big barrel explodes and causes damage to a wide area. Enemies will get damaged & knocked back, denying them access to the explosion's location.

Dynamike will be able to use his explosives to get over walls & obstacles. This will make it easier to escape or run after enemies with low health.

Adds +1000 damage to Mike's Super. If timed correctly, Dynamike's Super will be able to one-shot enemies!

Can Defend Gem Mine Well

Dynamike's ability to throw his shots can help you defend the gem mine area wel. His Super has a wide range of effect, denying enemy access to the mine!

Stay Behind Walls When Throwing Shots

It's best for Dynamike to keep behind walls when the match starts. Try to predict enemy movement so you can damage them heavilly.

Use Walls To Protect Yourself

When using Dynamike in Showdown, make use of available walls & obstacles. He can lob his shots over them to damage enemies & still keep himself safe.

Don't be too aggressive when using Dynamike. It's best to grab power ups, move to the middle of the map, and stake out enemies behind bushies. This way you'll catch them off-guard.

At the beginning of the match, go behind walls and attack your enemies. Keep doing this to prevent them from nearing your safe and also to build up your Super.

Your Super can flatten down walls so when it's charged, aim it right next to the enemy vault. This will clear the path & let you deal damage to the safe easily.

Use In Map With Many Walls

Dynamike will perform well in Bounty mode if the map has many walls. He can easily damage opponents & set up kills while safe behind obstacles.

Be Careful Not To Break Walls With Super

Since walls are your best friend, aim your Super properly in order for it not to break obstacles down. You'll need them to protect yourself while damaging opponents.

Use Normal Attacks To Defend Ball

Dynamike's normal attacks can be used to keep enemies away from the ball. So it's best to use him as a ball defender, not carrier.

When you've built up your Super, save it and use it to destroy the walls & obstacles covering the enemy's goal. This sets up easier shots for your team!