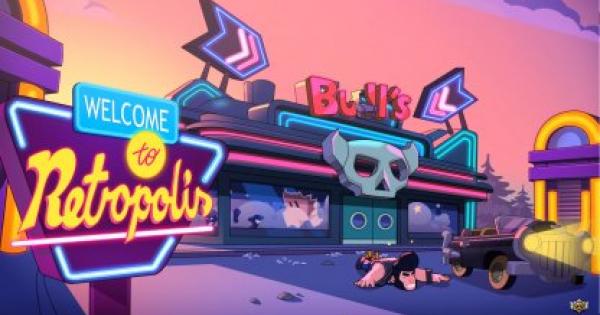 Check out the latest news on the new update for Brawl Stars: Welcome to Retropolis! Find out what's new in this update along with a new area, the new Brawler: Bibi, brawler balance changes and more!

Retropolis is an entirely new area in Brawl Stars where you will find a ton of neon lights, leather jackets, and more! Retropolis will be featured in different maps on several game modes such as Gem Grab, Bounty, and Heist!

Retropolis Has Given Brawl Stars A Different Theme

With the Retropolis update, Brawl Stars has undergone a makeover! Alongside the new battle location, new menu and in-game music has been added. A new menu background has also been added.

Bibi is the newest addition to the Brawler roster in the game. She's a lean mean swinging machine, armed with her trusty baseball bat! Don't get too close, or she will knock your lights out!

Attacks In A Wide Range In Front Of Her

For her normal attack, Bibi swings her bat in a wide range in front of her. There is a bar underneath her HP which gradually fills up. When it is full, her next swing deals a ton of damage, and knocks back enemies in front of her!

For her super, Bibi hits a ball of bubble gum with her bat that bounces around, hitting and dealing damage to multiple enemies!

Below are the new incoming skins for Brawl Stars releasing alongside the new Retropolis update. Brawlers that will be given new skins are Brock, Carl, and Barley.

Club Mail is currently disabled. You’ll get this error when clicking the button. We found a bug causing some problems, and have done this as a hotfix. Will update with more info ASAP! pic.twitter.com/TE6YX2Vsob

Brawl Stars official has announced that Club Mail was disabled as they found a critical issue during the update. They made a hot fix but you will see the error message till proper fix is delivered.