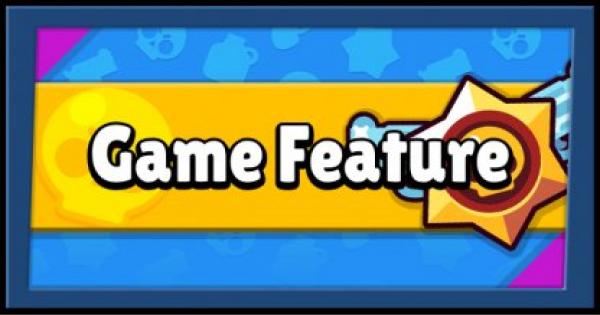 If you're new, check this guide out to know all about the system and feature in Brawl Stars. From about what to do, how to play, & things to know within the game.

What Is Brawl Stars?

Brawl Stars is a mobile twin-stick shooter with a MOBA twist; including variety of Brawlers players can choose from and different game modes to play in. Players can endouge in 3 on 3 team battles to Free-for-all Battle Royale, and even Boss Battles as well!

Choose from Variety of Unique Brawlers To Fight Other Players

Players may to choose from 22 different Brawlers to brawl with. Each Brawler has different traits and suited gameplay roles, along with unique Supers that make or break a game!

How To Play Brawl Stars

1. Team Up To Focus Fire & Defeat Foes One At A Time

Stick with your teammates so you can instantly overpower your foes, eliminating them one at a time! You can take advantage of their respawn cooldown to hunt other Brawlers and clean up their line up.

Know when to push your attacks and when to fall back. Try not to get killed to avoid the respawn cooldown in order to help you and your team survive longer in the match.

3. Use Map Terrain To Your Advantage

Use your surroundings to gain an advantage over your enemies. Hide in bushes to attack behind other Brawlers or to quickly withdraw and heal. You can also use walls to avoid direct shots & protect yourself while peeking across the map.

You can control your Brawler and move them around by pressing your finger onto the left side of screen. Drag the Blue Control option to direct your Brawler's movements. Check the direction indicator on your brawler to check where they're facing!

The Red Control option on the right side of the screen controls the direction of your attacks. You direct your aim by dragging it around. Use this to anticipate your enemy's move before letting loose!

You can double tap the right side of the screen to attack your closest target automatically! You can use this technique with both your regular attack & special attacks. This method is best when engaging enemies in close quarter!

Replenish HP When Away From Battle

Taking a break from battle, whether avoiding enemy attacks or not attacking any enemies, will replenish your HP after a bit of time. Remember that you need to be away from battle for your healing cooldown to activate!

Attack Up To 3 Times Before Reloading

Every Brawler can only do 3 shots before a cooldown starts for ammo reloading. You have to wait until the first part of the ammo bar is filled before you can take another shot. Step away and retreat to avoid being taken down by enemies!

When you've dealt damage to enemy Brawlers, your Super Gauge will fill up. Once the Skull Button is highlighted, drag or tap this button to activate your Super! Each Brawler will have a unique set of Super Moves with variety of effects such as healing or unleashing a mega attack!

Use Bushes For Sneak Attacks Or Healing

You can utilize bushes in the maps to deliver sneak attacks on unsuspecting enemy Brawlers. You can also use them to hide & heal, away from battle. Beware as you may also find enemy Brawlers in the bushes, use your attacks to scout the area!

There Is Respawn Cooldown When You Die

If you lose all your HP, you'll have to respawn on your team's side of the map. An amount of time must pass before your respawn, which can turn the tides of your match, so be careful!

Which Brawler Should I Start With?

Shelly is the first Brawler you unlock. She is easy to handle, has a Shotgun that deals good spread out damage, and can overpower opponents at close range. She can be effective in wheedling out hiding enemies with her Super!

Check Out How To Play SHELLY Here!

Poco is good at support but also has a wide attack capability. He can target multiple enemies with the wide range of his sound waves plus his Super can heal himself and his teammates!

Check Out How To Play POCO Here!

El Primo is a tanky Brawler with high HP. He can withstand most attacks and deals good amounts of damage to opponents. His Super can be used to instantly finish off an enemy's HP or make hasty escapes

Check Out How To Play EL PRIMO Here!

Though Nita's direct attack damage may be low, she can summon a Bear that can tank for her. The Bear also automatically follows enemy Brawlers, so it's easy to search & crowd control.

Check Out How To Play NITA Here!

Colt is an excellent mid-long ranged damage dealer. His rapid-firing dual pistol shots flies in high velocity, and will deal ludicrous amount of damage if they all hit the target. His only downside is that his attack can only fire in a narrow line, requiring precise aim and practice.

Check Out How To Play COLT Here!

Which Game Mode Should I Play First?

The first Event or game mode you'll gain access to is Gem Grab. Since this is a 3 v 3 match, players will have an easier time to practice and learn the controls of their chosen Brawler.

The goal of Gem Grab is to have a total of 10 gems in your team. You must hold them until the countdown ends to win the match!

Are There Any Other Game Modes To Play?

Brawl Stars has other Events and game modes to play, each unlocked by collecting Trophies. These gamemode include Showdown, Bounty, Heist, Brawl Ball, Robo Rumble, and Boss Fight!

What Is A Brawl Box?

Brawl Boxes are the essential "gacha" loot boxes in Brawl Stars. Their contents are randomly generated and will give you different items ranging from new Brawlers, Power Point.

6 different variety of currencies and items can be earned as you play in Brawl Stars. These items have specific use for each, ranging from upgrading your Brawlers to unlocking new content.

Tokens are type of in-game currency in Brawl Stars which can be earned by numerous ways such as participating in an online battle. Using the Token, you will be able to purchase Brawl Boxes to earn random rare items and other different types of currencies & items!

Coins are type of premium currency obtainable from Brawl Boxes or purchased from Shop. These Coins can be used to purchase daily sale item from the shop or to rank up your Brawler to higher Power Level once collecting enough Power Points.

Gems are type of premium currency obtainable from Brawl Boxes or purchased from Shop. These Gems are mainly used to purchase items & loot boxes from the Shop or purchasing unique Brawler Skins.

What Are Power Points?

Power Points are Brawler specific Points randomly obtainable from Brawl Boxes. Tallying up enough Power Point will allow you to power up your Brawler to the higher Power Level, boosting their stats and even allowing to equip unique passive effects dubbed "Star Power" upon reaching Level 9.

Tickets are unique currency used to participate in special Ticket Event Modes such as Big Game mode. These Tickets can be acquired from Brawl Boxes or purchased from Shop. Also, you can also acquire free Tickets when a new Ticket Event goes live.

What Is Trophy Road?

Trophy Road is a way for players to know their in-game progress, their Trophy Rank and overall Trophy Count.

Check Out How To Earn Trophies!

In Trophy Road, earning Trophies will let you unlock rewards such as new Brawlers, Events, Coins, Power Points, Tickets, and Brawl Boxes of all sizes.

leon is the best