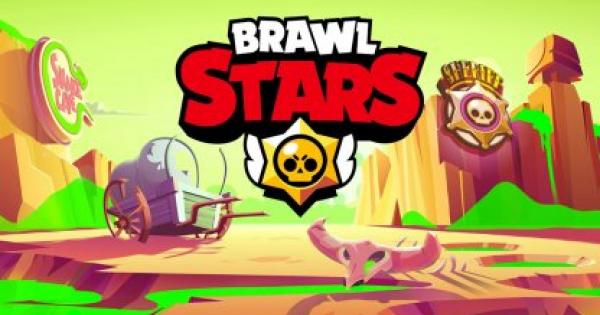 The August 2019 update marks the debut of the game's newest Brawler: 8-Bit! This walking arcade machine totes around a laser gun to blast enemies away, and can even drop down a turret to increase the team's DPS!

The developers have also taken into account the community's feedback regarding Star Points. They have now added more ranks in the game to give players more opportunities to earn this currency at the end of the season!

Check Out the August 2019 Update Here!

Check Out The Summer Update Here!

Several Brawler Stats Have Been Changed

With the June 12 update, a number of Brawler stats have been tweaked to keep the game as competitive as ever! Bibi, being the newest Brawler, had the most changes, and stronger Brawlers have been weakened to level the playing field!

Check Out The Balance Update Here!

This new update for Brawl Stars brings with it a new environment, new in-game and background music, brawler balance changes, a new brawler, and much much more!

Check Out The Retropolis Update Here!

The Brawlers Rosa, Frank, and Carl have been rebalanced in order to keep the game as fair as possible. Rosa's attacks and Star Power has been decreased, while Barley and Frank has been strengthened due to the changes.

Hailing from Retropolis, Bibi is the newest Brawler to join the Brawl Stars roster. With her trusty bat, all she needs is three strikes, and you're out!

Brawlers have received some changes to balance out the game's roster. Brawlers who've had their stats changed were Barley, Bo, Crow, Gene, Leon, Mortis, Pam, and Darryl.

Check Out the Feb 2019 Update Here

Since his release, Gene has undergone a flurry of changes to make him a more competitive Brawler. His super, despite not being able to deal damage can now pass through walls! You can now pick off enemies hiding behind cover!

A new game mode has been introduced: Siege! 2 teams of 3 defend their homebase from the opposition. You can also summon robos to assist you in sieging the enemy base!

Carl is a pickaxe-wielding Brawler, and the newest addition to the roster. He thrives in close-combat situations, and has an AoE type of Super attack. Carl will be a playable Brawler in March 2019.

The Lunar Brawl event introduces new limited time skins that you will be able to purchase in the shop! These include the LION DANCE BROCK, DUMPLING DARRYL, and ROYAL AGENT COLT.

Special Offer In the Shop

Check Out What You Can Buy In The Shop

There was an official announcement from Brawl Stars official twitter.

The January Update is on the way! Read more on reddit https://t.co/vD1fKoU6iW pic.twitter.com/Grr00kSrqe

Check Out The January 2019 Update Here

Gene is a purple Genie that joins the fray in Brawl Stars! According to the official notes, Gene is a versatile Support Brawler, who can engage enemies at any range!

Happy Brawlidays! Skins available for purchase for a limited time! You can buy them now, and keep them forever. However, after January 3 nobody will be able to grab them! pic.twitter.com/dqEStBAovZ

We will be making the following changes with today's maintenance.https://t.co/ro6NsBwDQo pic.twitter.com/WyZ1bq82eh

The Angry Robo event has been modified with Brawlers & pets now unable to hide in the grass! Power Cube drops have lessened & Robo no longer charges Supers! Club & matchmaking tweaks have also been made!

According to Brawl Stars' Official Twitter Page, they are set for a global release on December 12, 2018. However, there are already countries in which players are able to enjoy the game in Early Access.

Here is a list of countries where players are able to play the game in early access. Check to see whether you can already download the game and play!