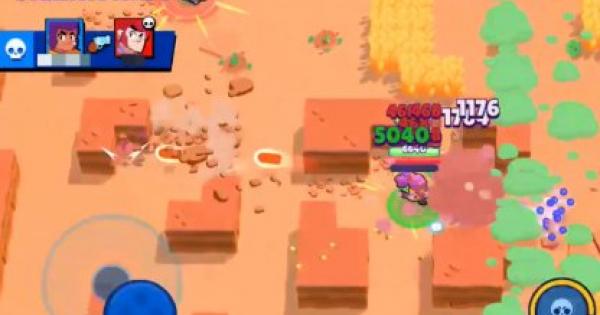 Check out this Brawl Stars Guide to learn more about the best Star Powers in the game! Find out which Brawler's Star Powers you should prioritize unlocking first, & the reasons behind them!

The criteria for rating the Star Powers of all Brawlers have been based on the following points.

Allows Brawlers To Be More Effective In Combat

Star Powers that allow Brawlers to be more deadly in combat are ranked higher in the list. These Star Powers will help Brawlers easily win against encounters with enemies!

Improves Survivability Of Brawler Or Team

Star Powers that improve the survivability of either the Brawler or the team will be ranked higher. These Star Powers will help you or your team survive longer and focus on completing objectives in the match!

Shelly Can Survive For A Long Time

Shelly's Band-Aid will allow her to instantly recover her health when she is in danger. It recharges over a period of time, giving her the ability to dive objectives, and get up close and personal with tanky, and high DPS Brawlers.

Darryl Is Safe When Using Super

The increase to defense when using Darryl's Super is important as it will give him the defense he needs to either soak up damage as he engages fights, or negate damage as he disengages from fights.

Check Out How To Play Darryl Here!

Bibi Can Easily Chase Down Enemies

Bibi's bonus movement speed will help her chase down enemies who are trying to run away. She can use her knockback attack to push back fleeing enemies near her teammates to focus fire on.

Check Out How To Play Bibi Here!

Check Out How To Play Poco Here!

Penny's Cannon Can Push Back Enemies

With the Balls of Fire Star Power, Penny can turn her cannon into an area denial machine. With its long range and damage over time splash effect, Penny's Super becomes a huge threat anywhere on the map!

Check Out How To Play Penny Here!

Jessie's turret can attack enemies with the Shock Orbs that Jessie uses. This is a problem for enemies since this will likely increase the turret's DPS. Enemies will need to restrategize and stay away from each other to avoid the orbs bouncing between them.

Check Out How To Play Jessie Here!

Mortis Gets Some Much Needed Sustain

Mortis will constantly be in close range to enemies due to his short range. Having him instantly heal a lot of health once he defeats an enemy will compensate for the health he lost in the close quarters brawl!

Check Out How To Play Mortis Here!

Rosa Is Nearly Invincible In Bushes

Rosa being a tank, will thrive in bushes since she uses them to ambush enemies. With her Star Power, she will be able to stay healthy in bushes as she ambushes enemies.

Check Out How To Play Rosa Here!

Gene's Star Power allow him to constantly heal his allies just by being close to them. This will also keep your team healthy especially when you are about to hook a Brawler for your team to gang up against!

Check Out How To Play Gene Here!

Colt's Reach And DPS Is Higher

Increasing Colt's range and DPS will allow him to engage with enemies further away, making him a harder target to get close to. Having a higher bullet speed will also give him higher DPS, allowing him to deal with enemies quickly!

Check Out How To Play Colt Here!

What happened to Shelly's star power or nita's or even Tara's
Double star powers for carl, Shelly and nita in the Jun 26 2019 update