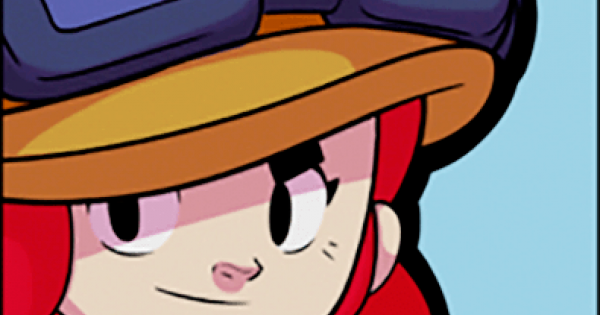 Learn the stats, play tips and damage values for JESSIE from Brawl Stars! In this guide, we featured the basic strats and stats, featured Star Power & Super Attacks!

How to Get JESSIE

Jessie's normal attacks are energy orbs that she shoots in a straight line. When it hits, it will bounce and can hit up to 3 enemies. Aim for Brawlers clumped together to maximize your damage.

Jessie deploys a turret when she uses her Super. It shoots out bullets that damage enemy Brawlers. You can control where to plant the turret so hide it in bushes to prevent enemies from spotting it.

Jessie's normal attack orb can heal a deployed turret for 800 health. Watch over your turret and heal it occasionally to keep it in the game!

Scrappy the Turret now shoots energy orbs that bounce between enemies. This increases the potential DPS of your turret. You can even use it as a dangerous decoy that your enemies need to get rid of before getting to your team!

Great To Push Or Defend Gem Mine Area

Jessie is a good Brawler to use when attacking or defending the gem mine. Her normal attack moves onto another enemy target when the first one lands, damage to up to 3 enemies.

Plant Turret By Gem Mine

Jessie's Super deploys a turret in a target area. Plant it by the gem mine to distract & damage enemy Brawlers who draw near it.

Jessie's attacks reach a good mid-range. She can keep herself safe while dealing damage to enemy Brawlers.

Put Turret In Bushes Then Hide Nearby

Plant your turret in the bushes, this hides it, and then hide yourself near it so you can burst damage on unsuspecting Brawlers.

Catch Brawlers Mid-Fight Then Shoot Them Down

Wait for other Brawlers to fight then send in a couple of your orbs to hit them. If an orb connects, it'll move onto the nearest target, ping-pong-ing damage between them.

Jessie Is An Effective Safe Defender

Jessie can plant her turret right by her team's safe. It will shoot at incoming enemy Brawlers and you can finish them off when they start making their retreat.

Once Jessie's Super is charged up, go near the enemy's territory and plant your turret right by their safe - this will deal consistent damage if not noticed.

Jessie's turret will be hard to notice when it's hidden in the bushes. You can lie in wait near it, shooting a couple of orbs to finish them off.

Shoot At Enemies Clumped Together

Jessies's orb attacks move onto the next closest target when they first hit their mark. Aim at enemies sticking together to deal the most damage to them!

Jessie's energy orb can hit multiple targets if the first hit lands. Aim for enemies clumped together to annoy them and keep them off your ball carrier.

Jessie's turret can help harass the enemy team if the ball is in their possession. It'll do consistent damage & they'll have to get rid of it, giving you a chance to steal the ball from them.

Push Back Enemies With Normal Attack

You can use your normal attacks to punish groups of enemies when they try to secure bolts. Your attacks will bounce to the nearest enemy, which allows you to deal a lot of damage to groups of Brawlers.

Use Super To Secure Bolt Area

Your Super will be useful in helping secure the Bolt spawn area. It will automatically fire at the closest Brawler, and will help push back enemies trying to get more Bolts!

Use Super To Aid Siege Robot