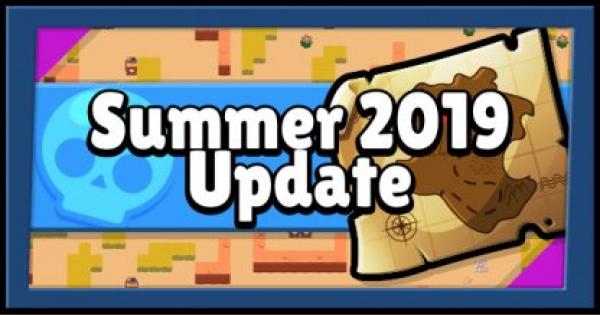 Tick is the newest Brawler to be added to the ever-growing roster of Brawl Stars. Tick is a Thrower-type Brawler that lobs proximity mines onto the battlefield. These mines detonate when enemy Brawlers walk over them, or after a short delay.

Tick's Super Homes In On Enemies

Tick's Super will make him detach and drop his head. After a few moments, his head will start to home on an enemy Brawler! However, enemies will be able to shoot down Tick's head to make it explode, and avoid getting damaged!

Check Out The Trophy Road Here!

At the end of Brawl Talk, the hosts unveiled a teaser explaining that there will be new Star Powers coming to Brawl Stars soon. Three new Star Powers will be unveiled every week for the whole duration of the summer season!

Brawl Stars will be releasing four new premium skins for the theme of their summer update: Robots. New robot themed skins will be released for the Brawlers: Crow, Bo, Mike, and Spike!

The new premium skins will be made available at the shop soon, and players will be able to start purchasing with the starting price of 150 Gems apiece.

Check Out What You Can Buy In The Shop!

Star Points are a new type of currency that can be earned by players. These Star Points will be used to purchase exclusive cosmetic type items such as color variations for skins!

At the end of a season, any trophies that you have in excess of 500 will be converted into Star Points. You can also earn Star Points by ranking up your Brawlers!

i do not agree with you yo mom, amirite bois

This is pretty gay amirite bois