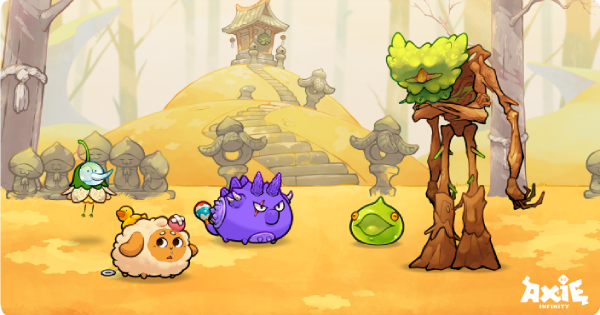 The official date for the release of Axie Infinity Alpha testing is finally revealed. On April 7, 2022 Axie Infinity: Origin will be available for download on Mavis Hub following the Origin Launch Week announcements.

You will be able to unlock free axies that you can use in battle as you complete different stages in adventure mode.

How To Get Free Axie In Origin (Starter Axies)

Currently, Axie Infinity Origin is only available for Desktop users and has yet to come for mobile. You can download Origin by clicking on the install button on Mavis Hub. Make sure that you are on the correct game by clicking on Axie Infinity - Origin on the left side.

Some users are experiencing an update loop or an error when installing Origin. This can be solved by changing your internet connection and by relaunching the game.

How To Install Origin (V3)

Additional information regarding the Arena Mode for Axie Infinity Origin has been released. They are now introducing the Challenger Sphere, Arena Mode Changes (Pracitce Mode, Ranked Mode, and Tournament Mode), Victory Stars and so much more!

Leaks of Runes & Charms for all classes has been released for Axie Infinity Origin. These runes and charms can be used to enhance your cards and improve your Axies stats to make your team stronger in battles. More class runes and charms will be released daily during the Origin Launch week.

Axie Infinity recently released a sneak peak for all the part cards that are going to be available for the upcoming launch of Axie Origin (V3).

More information about Olek has been released. Olek is one of the three starting Axies that you will be able to use in Axie Origin to explore the Lunacia Forest.

Olek is a veteran warrior with vast experience in fighting. He is also the teacher of the other two starter Axies (▼Buba and Puffy).

New information regarding the alpha launch and release plans for Axie Infinity Origins (Battle v3) has been announced. Also, additional information on the new mechanics and features such as power-ups and rage has been released.

It was mentioned that one of the upcoming burning mechanism for Axie Origin is going to be crafting. Players will be able to craft power-ups that they can use to augment and strengthen their Axies.

It was mentioned during the Axie Chat: Episode 76 that the crit system will be totally different for Axie Infinity: Origin.

Information below is still unconfirmed. This section will be updated as soon as we learn more.

It is still unconfirmed but the players are assuming that when Axie Infinity: Origin comes, there is going to be a rage bar that you will have to fill before your axie can land a critical hit/strike.

A short video clip of the combat visual effects was also shown to display the improved facial expressions in every animation and attack.

A sneak peak of Buba is also included on the December Development Update. Buba is a character for the new Adventure mode.

Last December 10,2021, they announced a December Development Update regarding the up coming Battle v3 (Origin).

It was mentioned that with the current progress, they are going to give players the opportunity to experience a brand new storyline, non-blockchain "starter" Axies, and the ability to attatch power-ups on Axies and so much more in the future.

Along with the recent December development update, a short clip of the combat system was also shown to display some of the new graphical special effects that is going to be added in the future.

During the recent post about Developer Insights: Long-term Thinking with Axie Infinity, the upcoming Battle v3 and Land gameplay is expected to drastically change the meta and could significantly affect the utility and use of existing Axies. The developers are planning on releasing a Body Part upgrade feature to give Axies more flexibility and utility for future updates.

The recent post also mentioned that the developers are considering ideas such as Body Part power-ups as an additional way to burn SLP to have a more sustainable economy and to preserve its long-term value.

What Is Battle v3 All About?

Battles v3 (Axie Infinity: Origin) is a massive battle upgrade that will make Axie faster, more fun, and easier for your friends and family to get started with!

Land is a game mode that’s under development. Initially, it will allow players to build up a base by gathering resources and building structures and decorations.

Eventually players will be able to fight for control of neutral territory and build custom experiences on top of their land plots.

Axie Meta/Market About To Change!

Which Cards Will Appear In v3?

New Cards Will Be Introduced

Although little information has been released, Axie Infinity on their Twitch channel 2 weeks ago gave a sneak peek of upcoming Battle v3 Cards to be played.

Finally, Axies will start having six cards instead of the current four.

Polishing The Mechanics Of The Game

This month, Battle v3 is primarily focused on balancing cards, improving art and animations, and making the user interface easier to understand.

Excited for the beta! Keep us updated and thank you for the great article!