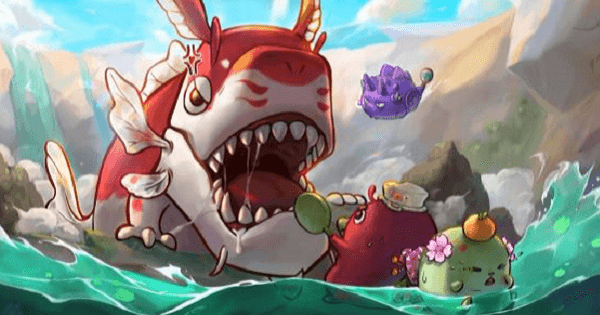 Axie Infinity recently released a sneak peak for all the part cards that are going to be available for the upcoming launch of Axie Origin (V3).

The launch of Origin is planned to be globally available via Mavis Hub and Android APK. While the game is on Alpha, the developers will be looking into user feedback to further refine the game before the official release.

They have also mentioned that there will be no SLP or AXS rewards during this period. All resources earned during the Alpha version will reset once the official game is launched.

Once the Alpha phase is over, season 0 will officially launch along with core updates based on user feedback during the Alpha. It is possible that Battles v2 will continue running until the developers are fully ready for the transition.

Energy & Cards Resets Each Round

Energy and cards that are unused after the round will no longer accumulate during the match. This will be implemented to give less incentive for players who skips their turn to save energy and cards.

New mechanics for retaining energy and cards will be introduced along with these new changes.

Most of the cards in the game will have to be played differently in Origin, the card description and effect will be changed, along with the attack and defense value of each card.

Currently in Battles v2, each Axie only has 4 cards depending on their body part. In Origin, the eyes and ears part will also provide cards, giving each Axie a total of 6 cards.

In Origin, there will be power-ups (Runes and Charms) that you will be able to equip on your Axie to gain various buffs and enhancements.

You will be able to craft these power-ups by using resources called Moonshards along with SLP, these Moonshards can be gained by winning battles in Origin. Equipping runes will provide passive powers for your Axies, while charms are wearables that can enhance the ability of your Axie.

Each season, the Runes, Charms, and Moonshards that you have will be removed. This will make the players continuously hunt for resources to upgrade their Axies. In addition, the Runes and Charms that depreciated can be disenchanted to recover some of the resources used for crafting.

Players are also able to collect or be rewarded with Legacy Runes and Charms. These items can be extremely rare and unique.

Currently, critical hits are too random and it can often affect the outcome of the game. Because of this, they have decided to introduce a new mechanic called Rage. This will accumulate throughout the battle and it can be used against opponents.

Since Origin is shifting to become a turn-based game with new mechanics, stats such as Speed will now be irrelevant. In Origin, Axies will now only have hit points (HP) stats.

Numerous starter Axies will be available to play the game for free both in Adventure Mode and Arena Mode. These Axies are not NFTs and will not be able to earn SLP rewards.

Players will be able to unlock more starter Axies as they progress in Adventure Mode (PVE).

Players will be able to gradually unlock different features as they progress through Adventure Mode (PVE). These tutorials will help old and new players to make sure that they can adapt to these new changes.

Tutorials can be revisited by players to review new mechanics and features anytime.